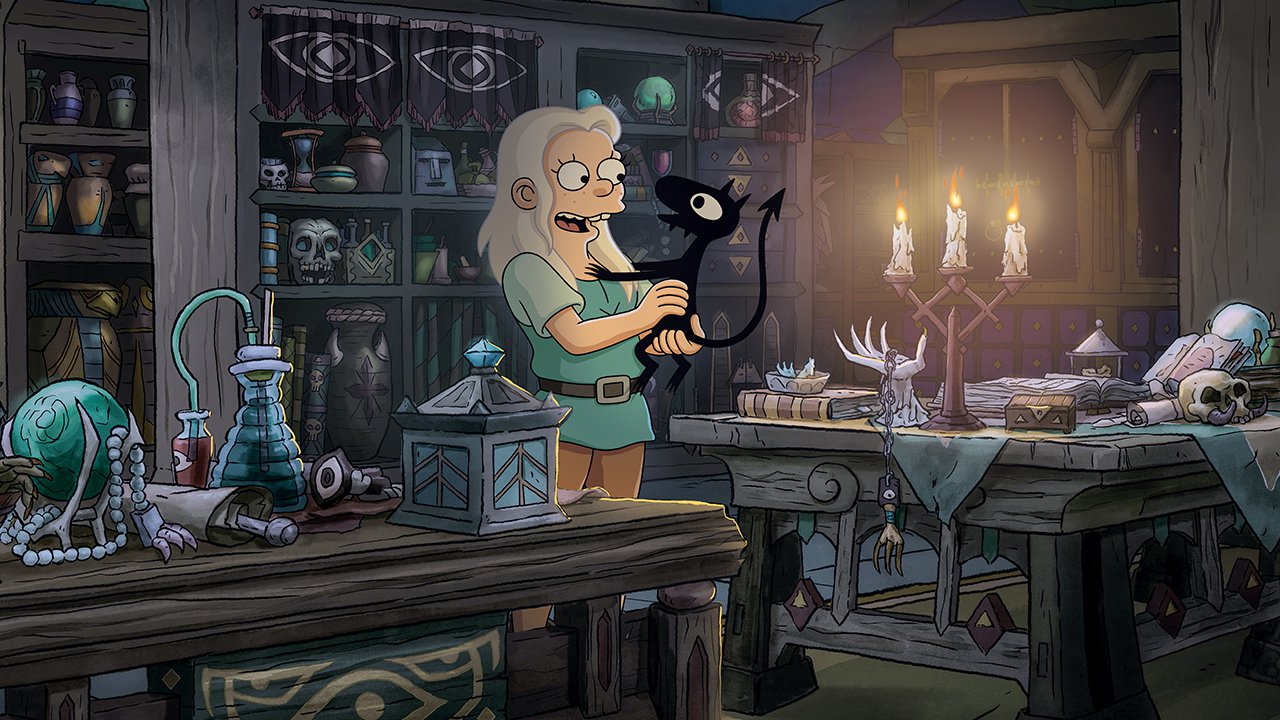 If you are waiting for your favourite show Disenchantment then you have good news. The latest season of the show has already arrived on Netflix and season 3 is already renewed and is currently in the production phase. If you want to know more about season 3 of Disenchantment then read the text given below.

Disenchantment is one of the flagship series of Netflix. This animated sitcom had a rough start in the beginning but it seems to be finding its feet as the second part just got added on Netflix. Many of you may not know this but Disenchantment is made by the makers of Futurama and The Simpsons.

With the second season, we once again can witness the adventure of Bean and her friends including Luci and Elfo.

The second part of the show rounds out season 1 as we see Princess Bean help her father restore his kingdom. He also helps him to travel to hell to revive Elfo and to see what’s happened next.

The show Disenchantment, just like The Ranch works in parts. In other words, the show is divided into two halves every season. Every season we get to watch 20 episodes with 10 episodes in each spilled parts. For now as far as we know the show is renewed for a full season 2.

The show is going to get new episodes in the coming years 2020 and 2021. Considering the current timeline, the next season is likely to arrive sometime in between August and October 2020. Since it was delayed a month between parts 1 and 2, October seems to be the latest date of its release.

It’s good to see that the show has been renewed fast. We can now expect to see the show arrive sooner on Netflix. This was announced in a podcast. However, that production started on part 3 in May 2019.

What to expect from part 3 of Disenchantment?

At the end of part 2, the kingdom ruled by King Zog looks in peril while he is incapacitated. There’s a rumor about Princess Bean being a witch. We see her having a hard time dealing with things as she is imprisoned. However, she is rescued by the executioner with the help of Bunty. She tries to go back to her father but gets captured once again.

She is being publicly executed but while the stake is burning, she crash lands into an underground pit where she wakes up to thousands of elf-like creatures surrounding her. These creatures are called trogs which have been featured in the show before but it was hidden.

With all these incidents going on there’s a lot of questions that are left answered. This includes the new pirate queen and her ongoing role, the prophecy, whether Zog will come back to health after he is shot, whether Odval will get his comeuppance. Let’s not forget about the ending of course.

In the show, we also see the kingdom adapting fast in terms of medicine and technology with electricity.

Sennheiser is coming up with their first wireless gaming headset, which is known as the GSP 670