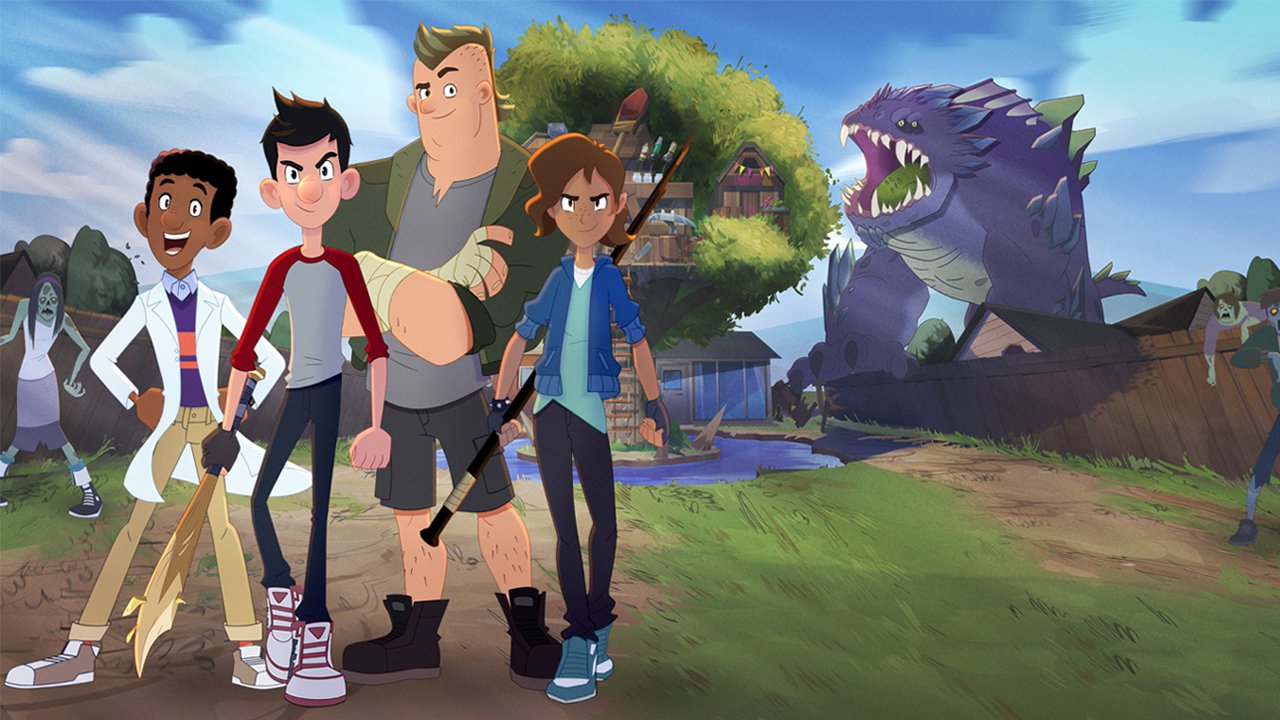 In recent times, you can find several phenomenal animated titles on Netflix. The streaming giant has done a great job of releasing some of the best-animated shows including Hilda, the Dragon Prince, and She-Ra and The Princess of Power. The upcoming title is The Last Kids on Earth. The show is going to arrive in September. This is surely a great time for all the animated show lovers as they have a stock full of things to watch. If you want to know more about the upcoming series, The Last Kids on Earth then we can provide you with all the details you need. From the plot to release date, you can find all the information in this article.

The Last Kids on Earth is a new Netflix Original animated series that is about to be released in September. The series is based on the children’s novel of the same name written by author Max Brallier. The series has elements of horror but despite that, it reflects light-hearted humor for the viewers. This show could be the perfect pastime not only for the kids but even for the adults. You can enjoy the show together with your family. The Last Kids on Earth is expected to be one of the best-animated series on Netflix. So if you miss it, it’s your loss. Check here, Agatha Raisin’ season 3: Release date, plot, cast, and everything you need to know about the British comedy-drama.

The plot of The Last Kids on Earth

Before the earth was hit by the apocalypse, the orphan Jack Sullivan led a very boring life. After apocalypse wiped out the entire human race, legions of undead and monsters roam the streets and reign over the path of destruction. However, Jack seems to enjoy his new adventurous life. Jack along with his group of friends, now have an adventurous life to lead.

They are seen living in their kitted out treehouse and they are completely in love with their freedom. The end of the world has granted them to do whatever they want. They play video games, battle monsters, and zombies and enjoy eating junk food.

The story revolves around Jack and his group of friends. The entire season 1 focuses on how their lives changed with the world coming to an end. They are the only people alive in the deserted earth and hence the name The Last Kids on Earth. The story is unrealistic but it is an interesting one.

How many seasons to expect from The Last Kids on Earth?

As we know the first season is going to launch in September. By the time the first season of the show releases, we will have five books. Thus, we can expect four more seasons to be released. One season for each book.

So it’s going to be a long animated series with lots of fun and thrill. This is a show which is worth watching.

Do we get a second season?

As far as we know, the series has already been renewed. There is news that the second season is going to arrive by 2020. Not just that but even third season is reported to be confirmed.

All the seasons will be released one after the other.

The cast of The Last Kids on Earth

The cast of the show for season 1 include:

These are the main cast members of the show. other than that we will also have Bruce Campbell and Catherine O’Hara in the series. But some of the cast members will not be starring in the show in the firsts season. they will be entering the show from the next season onwards. Here you will get the Rotten Season 2 Coming To Netflix in October 2019.

How many episodes will season 1 of The Last Kids on Earth have?

Based on what is conformed by IMDb, the first season is going to arrive with only six episodes.

From what we know, the first season will also have a sixty-six-minute special.

The reason behind making the first season into a long special is to establish the setting of the story, world-building and also introducing the heroes of the show.

What are the run times of the episodes?

As we said, the first season will be a sixty-six-minute long special. This is something that is done very rarely. According to the makers, this is important to establish the storyline of the show.

Has Netflix released a trailer of the show yet?

If you are wondering whether Netflix has released the trailer of The Last Kids on Earth then you show that it has.
You can watch the trailer online from which you can get how the show is going to be like. From the trailer, we know that the first season is going to cover the events of the first book. Check here, ‘Midnight Diner: Tokyo Stories’ Season 2 Coming to Netflix in October 2019: Release Date, Plot & Cast.