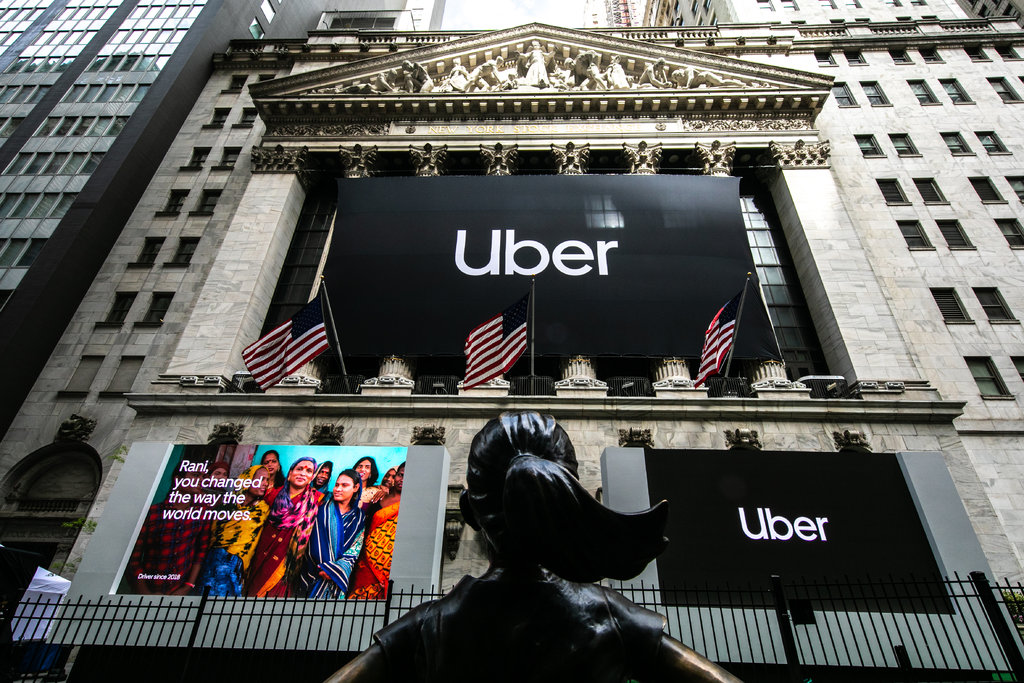 People who have invested their money on Uber are not very happy at this point in time. Today, Uber debuted on the NYSE also known as the New York Stock Exchange. The company entered with the name of NYSE: UBER in the stock exchange.

In the beginning, the company was valued at around $72 billion by all the venture capitalist and the stock prices were kept $45 a piece with the valuation of $82.4 billion. When this morning the market started, the value of the shares was $42 a piece and it closed at $41.57. The prices of the share have gone down about 7.6 percent from the initial public offering price.

The initial public offering was a successful step for Uber because it can raise a lot of money. Uber now has about $8.1 billion on its balance sheet which is still a very big number. This number will definitely help the company become a profitable business.

People who have expected that Uber will end up climbing the valuation of $100 billion in their initial public offering are not very happy now. People who valued the company at $120 billion are feeling very dumb now. This launch is one of the most iconic launches in the history of tech, mobility, and the gig economy.

People are not very sure how the stock of Uber will do in the future. It has been seen that Lyft has taken an initial public offering and since then it has not been doing great. They are now going for $51 per share, which is more than Uber. The stock has seen a steady decline all week long and it is expected that the company will face some loss in the first quarter of the year 2019.