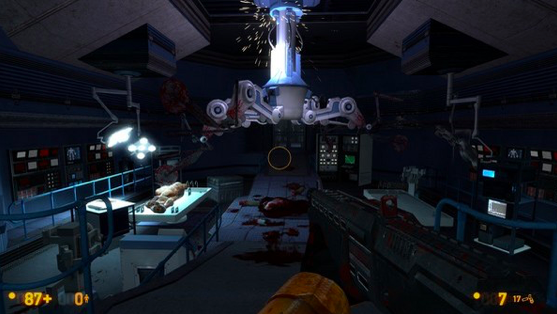 Back in the early days of video games, there were countless genre-defining titles. Just think about Wolfenstein 3D, Tetris, Doom, Dune 2000, Sim City, Diablo, Bejeweled, and the list could go on and on. These titles may sound familiar even to the younger generation of gamers: many of them are still alive and kicking today. These are all considered classics to this day, the games at the origin of often successful, long-running franchises that live on decades after the original’s release.

The best thing about classic video games is that they will be remade – sooner or later. Even if the companies behind them go bankrupt (it has happened many times, with games that were amazing but released at the wrong time), there are enthusiasts and fans driven by nostalgia or pure love for the story that won’t let their games themselves be forgotten. Over the years, we’ve seen countless fan remakes of classic games, from oldies like Arkanoid to modern-day classics like Final Fantasy VII. Some of them bear all the marks of an amateur project – there are, in turn, others that live up to (or even exceed) the original.

Valve tried to refresh its first major success, the sci-fi FPS “Half-Life”, by porting it to its Source engine in 2004. The results were questionable at best: the fans criticized it for being sloppy, not using the engine at its full potential, and mixing models and textures from the original game with the new one.

Enter Crowbar Collective, a group of fans who decided to recreate the original “Half-Life” – and by “recreate” they meant building it from scratch, with new visuals, models, and sounds. Work on the remake (as a mod at first) began in 2005, and today, 15 years later, we have a full, working Black Mesa covering every corner of the original game, available on Steam.

After the failed “Half-Life: Source”, Black Mesa came as a breath of fresh air. Critics and fans alike praise it for its professional look and feel, and for the slight alterations to the source material that make the game feel more like an evolution than a remake.

Resident Evil 2 was originally released in 1998 on PlayStation, then ported to PC, Nintendo64, Sega Dreamcast, and the GameCube. It was a critically acclaimed title with a unique atmosphere, great story, gameplay, and graphics – for its time, of course. In time, the game became dated – no wonder, since almost two decades have passed since its original release.

In the late 2010s, Capcom decided to remake it – and what it delivered was one of the best.

The 2019 version of Resident Evil 2 is faithful to the original in its story and atmosphere but it looks, feels, and plays as a game should in 2019. Many consider it a beautiful tribute to the survival horror genre that lived its first glory days in the late 1990s.

Homeworld was one of the most beautiful real-time strategy games upon its release in 1999. And it was more than its visuals: it was also a beautiful, captivating story about a people seeking to return to its homeworld, facing powerful enemies and hostile environments in the process. The game was praised for its visuals, its variety of spaceships, and its intricate cutscenes that were rendered by the game engine rather than using prerecorded videos.

Relic Entertainment – the developer behind Homeworld – was acquired by THQ in 2004, which went bankrupt in 2013, and was dissolved. The rights of the franchise – then consisting of two full games and a standalone expression – were acquired by Gearbox Software the same year. Gearbox immediately announced that it will remake the games – but this has proven to be a tough job, considering that much of the original’s code was lost, including the entire original source code of the expansion Homeworld: Cataclysm.

The Homeworld Remastered Collection, released in 2015, was a remake true to the original. It recreated the atmosphere and the visuals of the 1999 game, bringing its visuals up to date while maintaining everything that made it such a beloved and highly appreciated game. To date, close to 1 million units of the remaster were sold through Steam. Even better: the game also received a prequel called “Homeworld: Deserts of Kharak”, adding a lot of value to the already amazing franchise.

Hanna Season 2 Release Date, Cast, Plot, Trailer And What Can We…