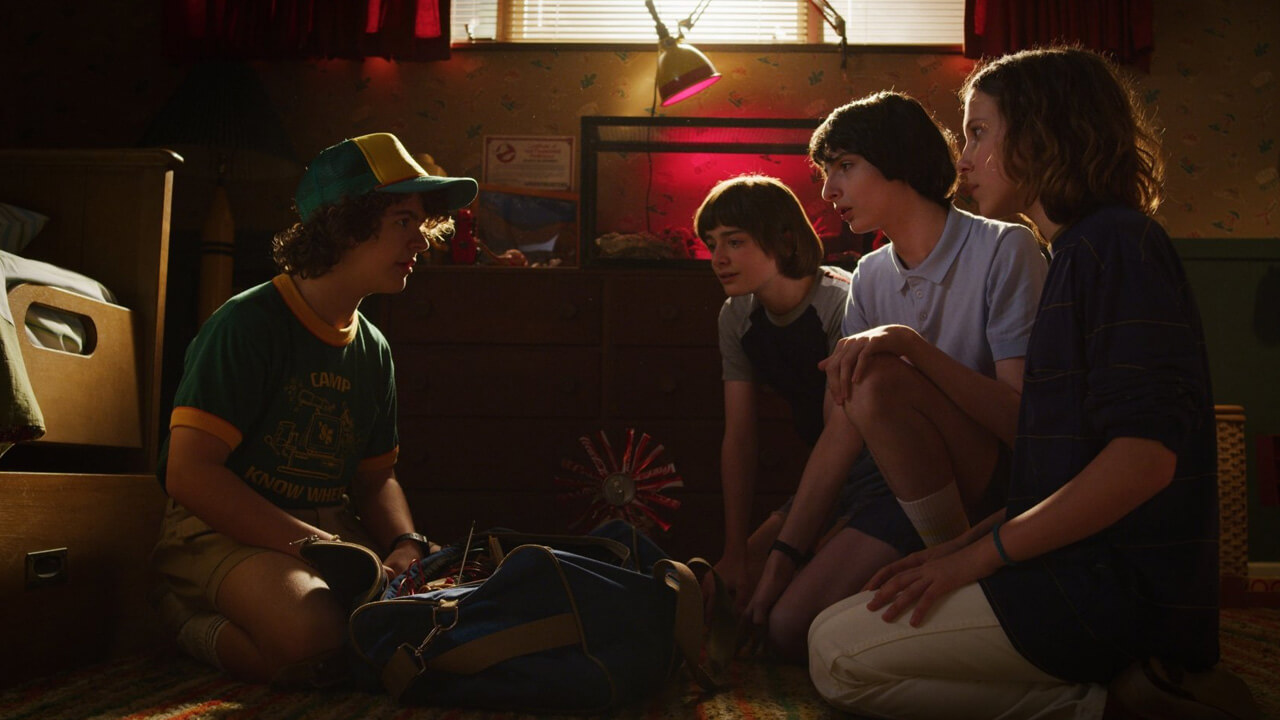 Netflix has confirmed the season 4 of Stranger Things. If you are a fan of the show, then you should give this article a read. We have covered everything we know about Stranger Things.

In September 2019, a teaser video was released on Twitter that confirmed the season 4 of Stranger Things. In the video, we could see a sign saying, “Welcome to Hawkins” in the Upside Down alongside Hopper’s Cabin. Suddenly, the words, “We are not in Hawkins anymore” flashes on the screen.

A new casting call has got fans thinking about who all are going to join new in the fourth season. A vintage vehicle all have made it clear that car years should 1987. Now the question is whether we are moving forward in time or is season 4 ending at some odd point in 1987.

Gaten Matarazzo at the SAG Awards confirmed that the writers have already completed half of the story of season 4.

From Millie Bobby Brown, we got to know that the filming of season 4 is going to start early this year. To add to this, the filming is expected to get over by August. This means that season 4 should be out either by December 2020 or January 2021.

As far as we know four new characters are going to join season 4. Duffer brothers have confirmed that they are going to introduce three new teens and one adult. All the characters will be male.

we're not in hawkins anymore pic.twitter.com/Y4hayuPKvu

Given the fact that season 4 is far off from being released now, there is no chance to get any plot details right now. All we can do is assume things depending on the end of season 3.

With the release of season 4, a lot of things are going to become clear. The questions from season 3 will be answered.

Is season 4 of Stranger things confirmed?

Yes, we have got the confirmation news of season 4 of Stranger Things on September 30th last year. It’s been officially confirmed by Duffer Brother and Netflix.

When will the shooting for season 4 start?

When will season 4 be released?

At this point, it is really hard to guess the release date of season 4. As far as we know, the production of season 4 has not even started. This could mean that will have to wait longer.

How many episodes will there be in season 4?

This is completely dependent on Duffer Brothers and the amount of story they want to let out in this season.

Season 1 had a total of 8 episodes, whereas season had 2 and season 3 went back to having 8 episodes again.

According to TV Line reporting, season 4 is likely to get 8 episodes.

looking for new members… are you in? pic.twitter.com/P1xAWNUPss

The name of the first episode will be “Chapter 1: The Hellfire Club.”

What year season 4 of Stranger Things will set in?

If you have watched all the series of Stranger Things, then you know that every season has taken place in a year apart. Season 1 was set in 1983, season 2 in 1984 and season 3 in 1985. It is expected that season 4 will take place in 1986 unless the makers decide to take a huge leap.

Which cast members are going to return in season 4?

Season 4 is going to get all our favorite cast members back. Also, we are going to get 4 new all-male characters.

The only sad thing is that we are not sure whether Dacre Montgomery will return or not. Unless there are any flashback scenes, we cannot expect him to see in the show anymore.