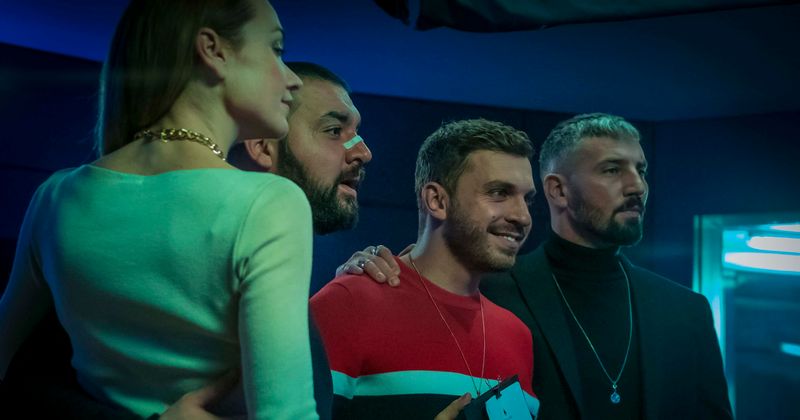 If you are a fan of crime dramas on Netflix then you should be happy to know there is this new series coming up soon.

Set in Frankfurt, Skylines happens to be a German drama that explores the drug and music scene in Germany. This Netflix series is expected to be an interesting one. The show revolves around the life of a young music producer, who accidentally involves himself in the world of drugs. He signs up for a record label without knowing what it’s going to land him into. The story focuses on the drug trafficking scene related to the music industry in Germany.

Considering the storyline, we can expect this show to be a treat for our eyes. But that is only an assumption. We wouldn’t know what the show has got in store for us unless it hits the screen. Check here, Yellowstone Season 3: Release Date, Plot, Cast, and Everything Else About the Paramount Family Drama.

If you are waiting for the release date of this German crime drama then you should know that it is dated to premiere on 27th September, Friday. The premiere will take place only on Netflix.

Now that you know the date make sure that you don’t forget to keep yourself free on 27th September.

The plot of Skylines Season 1

As you already know the show is about a young music producer. We can see how this young and talented hip-hop music producer gets into trouble while trying to fulfill his dreams. Jin gets him the gig of his dreams when he signs up for the top label, Skyline records. The label is owned by the famous rapper Kalifa. Check here, ‘You’ Season 2: On Netflix, Release Date, Cast, Plot & everything that we have gathered so far.

In the show, we get to see that Ardan, Kalifa’s brother is back from his exile and is ready to claim his share. It is Ardan who starts using the record label company as a front of all his drug-peddling business. Jinn is struggling hard to make his career in the field of music by working with a record label company that is heavily involved in drug-related activities.

Sara is a police officer who is investigating the record label company. The show is set in Frankfurt and explores the drug and music scene out there.

Netflix has summarized the show as a hip-hop music producer gets dragged into the violent world of drugs and crime while trying to make his career in the music field. He signs up with the record label company to become the center of the deadly drug business.

The cast of Skylines season 1

Since this is a new series, you must be eager to know the actors working in the show. The show will stare many known faces from the German field industry. If you have been watching German shows in the past then you will find some of these faces familiar to you.

Edin is playing the lead role of Jinn in the show. He is a young music producer dreaming to become big in the field of music. But unfortunately lands in the drug business while working with one of the biggest record label company.

The actor has worked in many short films before. He also has a few television series under his name. Some of his most talked-about works include Mein Ende, Tatort, You are Wanted and Dein Anfang.

See more: The Good Place season 4: Release Date, Cast, Plot, News & everything you need to know about the show on Netflix

Muslu happens to be an Austrian actor who is playing the role of the famous rapper Kalifa on Skylines. He owns the company Skyline Records.

The actor is best known for his works in Anna Funcking Montanna, Tatort and Cracks in Concrete.

Peri is playing the role of a police officer who is investigating the case of the record label company.

Peri is an actress of German origin. Many of you may not know this but she is the daughter of the famous actor, Edwin Noel. She has previously worked in many popular series and movies. Some of her most talked-about works include Irre Sind Mannlich, The Saboteaurs, and Unsere Zeit is Jetzt.

Erdal has taken the role of Ardan, Kalifa’s brother. He is the main villain of the story. As he comes back from his exile, he is determined to take his share. He soon starts with his drug peddling activities behind the veil of Skyline Records.

Erdal is a Turkish actor who is mainly known for his work in Collide, Tatort, and Halka.

The script of the show has been written by the head author, Dennis Schanz. She is accompanied by Kim Zimmermann, Oliver Karan, and Ole Lohmann.

The show is directed by Max Erlenwein and Soleen Yusef. The production duties are carried out by Maren Ade who also directed, wrote and produced Toni Erdmann, which was nominated for the Oscars.

Millions of influencers from Instagram finally have their private…