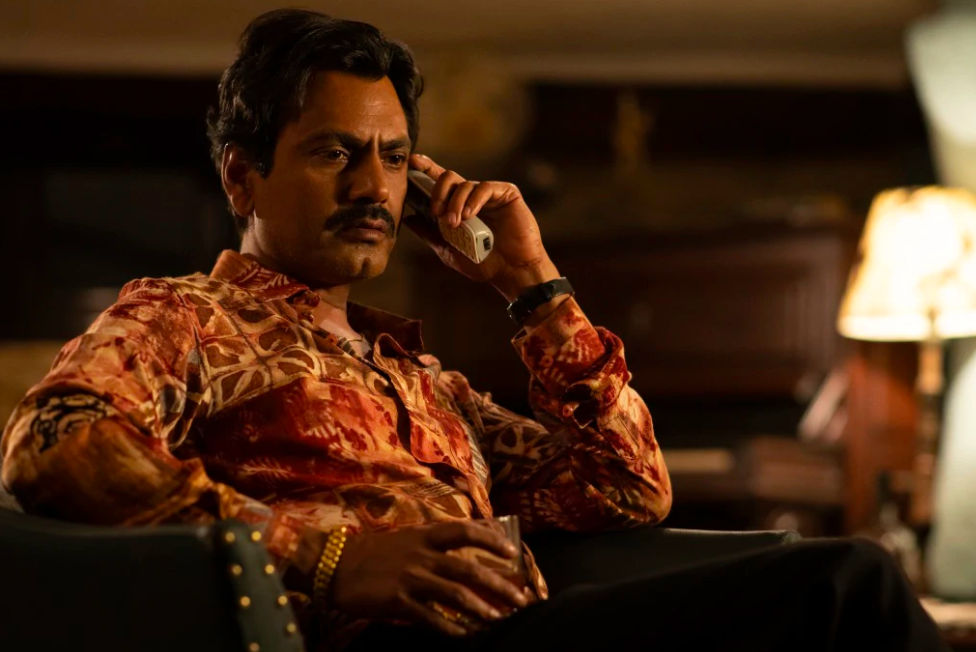 After making its debut last year, Sacred Games turned to be one of the most popular Netflix Original shows on the web. It made the Indian audience believe that finally India has followed the footsteps of prestige TV era that has introduced a new age of golden television in the US. As far as its global success is concerned, it is still debatable. That’s because Netflix ratings department doesn’t follow an open-door policy. But no matter what Sacred Games is definitely a phenomenon in India. This means an immense pressure on the cast and crew of the show as they have to do better than the last time. Sacred Games season 2 is going to be released at midnight on Thursday.

The second season of the show is a more complex experience than the first as the makers have to maintain the same populism that they gained in the first place. Sacred Games is a controversial but a masterpiece of a show.

Three episodes of sacred Games 2 were provided for preview to the critics by Netflix. This shows that pacing is definitely not an issue. It is partly helped by the fact that there is only few days left for Inspector Sartaj Singh to stop the nuclear attack that’s approaching. The show swiftly moves from one scene to another, but it definitely knows when to linger a little or take a breather. This is when the dialogue baazi of the characters come into play and you will find many such delightful scene in Sacred Games 2. The show also eases the shift between the flashbacks and present-day by creating in a common thread.

If you watch the show carefully, you will realise that it is a complete spilt. On one hand, the show wants to explore Sartaj Singh’s guilt over his friends and colleague Constable Katekar’s death in the first season. A part of the show also touches upon cow vigilantes and Hindu nationalism briefly, updating Vikram Chandra’s book and thus making the show more relevant to the present times.

In the second season you will also be able to enjoy some of the memorable season 1 moments, which works on two different levels. As disclosed by the show’s makers, this self-referential approach reads differently in the context of season 2 wrapping up the Gaitonde storyline in the process of completing the book. This clearly means that if there is third season of the show then you won’t get to see Siddiqui on the screens. However, this move is really doubtful considering the huge popularity of the show.

The second season begins pretty much from the same place where we left off during the last season, with Sartaj & Co. start investigating the fallout shelter and its contents. The nuclear plot links into Hizbudin, fictional terror outfit that has connections to one Shahid Khan. This is repeatedly mentioned but it is nowhere to be seen in the early parts of the second season. He is believed to be behind everything frok the 1993 Bombay bombings to the 1999 Kandahar hijacking, per inspector Majod Ali Khan. Sartaj and Majid being a part of a new investigating team sets out to look for Shahid Khan while the former digs into Guruji, the spiritual guru who Gaitonde referred to as his third father.

This is how the storyline of Guruji comes to play. Guruji’s long-time follower Batya Abelman, who oversees the Mumbai ashram is one of the newest female characters in the show for this season. RAW agent Kusum Devi Yadav have a very big role to play at least in the first few episodes of the show. In the beginning of the second season Gaitonde is approached by Yadav and Trivedi to work for them in Mombasa. He naturally rebuffs the offer as he has other plans to follow.

Sacred Games, a Netflix original series created a lot of buzz last year for all the right reasons. With an excellent storyline and star cast, it won the hearts of millions of people.

Sacred Games 2 now has a new release time: 12 am IST on August 15. The makers have decided to release the season 12 hours before its original scheduled time. The release time has been re-adjusted because of all the fans worldwide. It is being released at 12 am so that people in the western world including America and Europe can also watch the show on 14th August.

This exception has been made considering the popularity of the show. Sacred Games holds sheer value for Netflix. The crime drama starring Nawazuddin Siddiqui, Saif Ali Khan is currently, the most popular show on Netflix original series from India. The show is so popular that Netflix invested around Rs 100 crore on the series, the most any online streaming service have spent on creating original content in India. The highest amount spend on Indian web series usually range between Rs 3 to 4 crores for 12 episodes as reported by Mint on 13th August.

The schedule of the show has been changed in tune with Netflix’s rivals, Amazon Prime Video which releases all its Indian content at 12 midnight. Other competitors including Eros Now, Hotstar and ZEE5 are also following the same trend as majority of the viewers are from India.

The crew of Sacred Games is a huge one. It comprises more than 3,500 people shot for more over 100 days at 112 locations including Mumbai, Delhi, Cape Town, Nairobi and Johannesburg. All this to shoot a 400 minutes footage which is equivalent to three-and-a half Hindi films.

Netflix said that they have taken many more post-production facilities in vompared to a Hindi film on board. This is done in order to improve the quality of the final product. Aarti Bajaj, editor has also worked with the whole team backing her.

Netflix understands the importance of compelling writing and therefore, they have established a writer’s rooms internally at the end of the first season of the show.