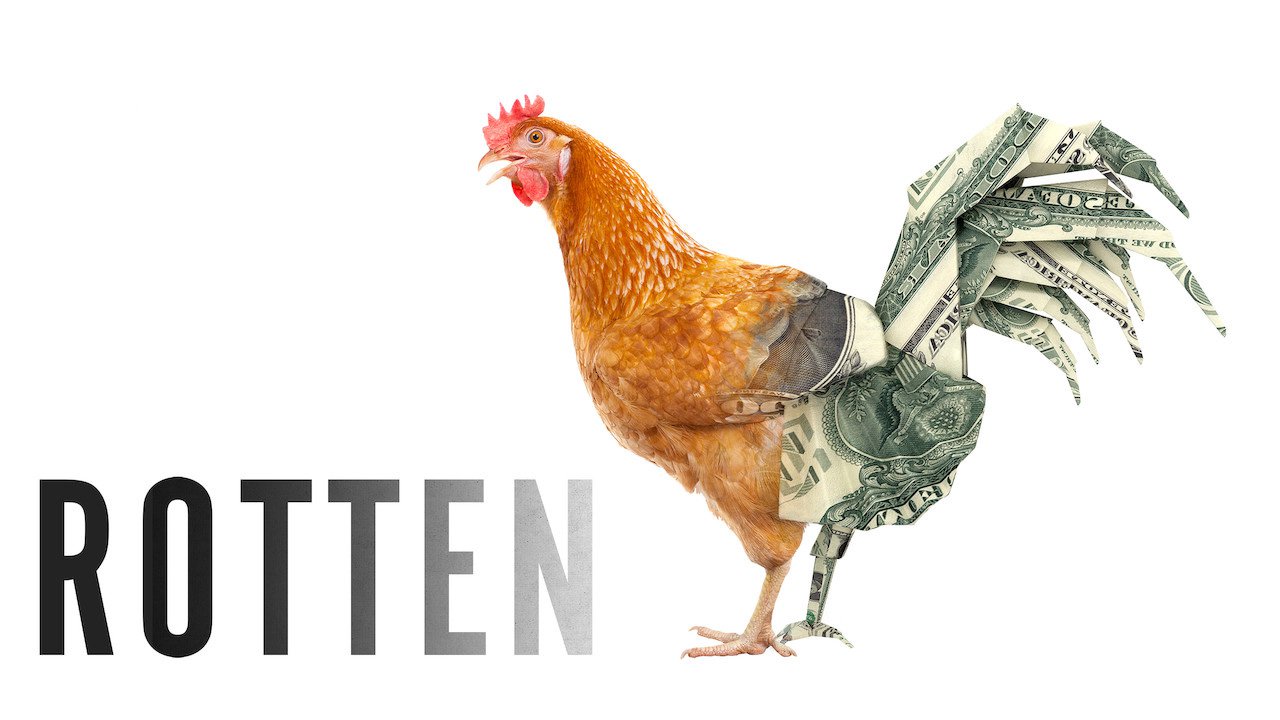 If you have watched the first season of Rotten and liked it then you should be happy to know that it is coming back with its second season. For those who haven’t watched Rotten, it is a document series. The upcoming season is focused on the food industry. The whole new batch of episodes will focus on exposing the corruption, dangers, and waste from the food industry. If you are interested to know more about the series then you are in the right place. We have covered all the important details you need to know about this docu-series.

Rotten was first streamed on Netflix in 2018 in early January. The first season had six episodes which revealed the dirty secrets of the food industry. It brought to us an array of topics including looking at the chicken production, peanuts production, milk, honey, and cod production. The first season was liked by many. This document series is all about exposing the truth of the food industry.
The series was received well by both the viewers and the critics all around the world. It got so popular that it is now tagged as the best docu-series on Netflix. Check here, Anne with an E Season 3 Netflix: What We Know So Far.

Zero Point Zero productions are the studio behind Rotten. The same production has also produced many other shows for Netflix so it’s not the first one for them in case, you thought so. They have previously produced shows including My Next Guest Needs N Introduction, Somebody Feed Phil and an upcoming series that is not yet revealed to the audience.

As of now, we don’t have enough information on the second season of Rotten. But according to sources, season 2 is going to focus on similar episodes like the ones we watched in the last season. We also don’t have any information on whether Latif Nasser, the narrator of the show will be returning or not. We will have to wait until the makers of the show reveal some of the details. But what we know for sure that there is a second season coming up for Rotten. Check here, What’s Coming to Netflix Australia in September 2019?

The second season of Rotten is going to arrive on Netflix on 4th October 2019.

It will be released on the first Friday of the month along with many other big titles including Big Mouth, Peaky Builders and Raising Dion. Thus, you will have enough shows to watch in October.

If you like watching docu-series like Rotten then you will love Dirty Money as well. This is yet another big title that is soon going to arrive on Netflix. The series is all about exposing the dirty truths of the big corporations. The said show will return with its second season on Netflix.

However, we don’t have any confirmed dates for the release of the show. Until the makers of the show confirm anything on their own, we will just have to wait.

Details on what is covered by the new season of the docu-series are sparse. However, we can see the reason why they are going to a vape convention.

The production company convention is currently attending their ongoing in Las Vegas. It is called the VapExpo and it is going to run on the 9th and 10th of November. It is dubbed as the biggest vape event of this year.

For those who haven’t watched the show before, it is obvious that you guys don’t have any knowledge about the show. To give you an idea, we have described the show in a small paragraph.

Rotten is an American television show which is produced by Zero Point Zero production. This is a document series that focuses on the corruption that is going around in the food industry. The show has taken the initiative to bring forward the truth of the food industry. Since food is what we all depend on, we have the right to know what we are being supplied to eat.

The entire show focused on the prevailing problems in the food industry. The first season of the show had six episodes which were six-hours long. It was available to stream on Netflix since January 2018. The show received a very good response from the audience and also from the critics. This convinced the makers to come back with season 2.

Season 2 of Rotten is soon going to arrive on its set release date. Each episode of the show deals with one particular food product. They interview manufacturers and distributors. They also interact with others who are involved in the production and distribution of food. The show also highlights some of the criminal cases about these people.

If you are interested to watch the series then you already know when it is going to arrive. Check here, Agatha Raisin’ season 3: Release date, plot, cast, and everything you need to know about the British comedy-drama.

Steven Universe Future Episode 19: ‘I Am My Monster’ Release Date and…