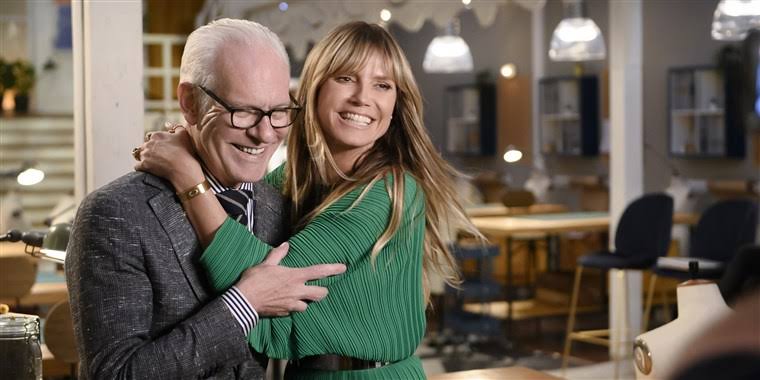 The ongoing TV series, Making the Cut has already released two of its episodes till now. It is worth mentioning, with only two episodes, the TV show has already secured a favorite position in the viewer’s heart. Now, as per the social media buzz, the viewers are keenly looking forward to the third episode of this highly anticipated TV series. In this article, we are going to discuss the streaming details and the release date of the next episode of Making the cut. Additionally, the article contains a few spoilers. Therefore, continue reading only if you want to relish the fun of spoilers.

Spoilers and streaming of Making the Cut Episode 3

Produced and presented by Tim Gunn and Heidi Klum, the show is completely different than the other reality shows.  In this show, the highly talented designers across the world are brought together at a platform. The designers who are hosted in the show include, Joshua Hupper, Esther Perbandt, Sabato Russo, Won Choi, Megan Smith, Jasmine Chong, Rinat Brodach, Troy Arnold, Martha Gottawald, Sander Bos, Will Riddle, and Jonny Cota.  In the last two episodes, the two contestants Jasmine Chong and Martha Gottawald have already been eradicated.

However, as per the news sources, the third episode of Making the cut is to be hosted as usual by Tim Gunn and Heidi Klum. They will be seen to divide the rest of 10 participants into two different teams. Moreover, the participants will be paired in a group of two and each pair has to work on the given task. According to the trailers, the hosts will ask each group to create three individual looks. The fun does not end here. The upcoming episode is going to be a real thrill as each of the team has to rectify the folly and drawbacks of its opponent team. The trailer of the next episode is available on different platforms. Thus, make sure to have a look at it. If you are wondering where to watch this stunning series, let us tell you, the popular application Amazon Prime. If you still haven’t subscribed it yet, subscribe now to enjoy the stunning episodes of Making the cut.

Release date of the third episode of Making the cut

The ongoing TV series, Making the Cut has been first premiered on the screen on the 27th of March, 2020. The show is said to have a total of 10 episodes. It appears with two new episodes every Friday per week. As per the updates, episode numbers 3 and 4 of Making the Cut will be telecasted on the 3rd of April, 2020 at sharp 12 PM in the United States of America. The duration of each episode comes approximately within 60 to 70 minutes. Besides, the finale episode of the TV series is supposed to premiere on the 24th of April, 2020.

On My Block Season 4: Release Date, Renewal, and Spoilers – Everything That You Need to Know About It