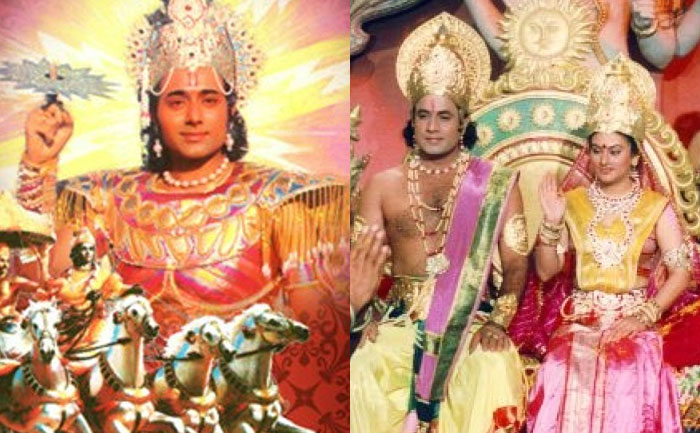 Ramayana and Mahabharata to be Telecasted Amidst the Coronavirus Lockdown

As almost everyone in India knows, the prime minister of the country, Narendra Modi had declared a nationwide lockdown of 21 days due to the occurrence of the Coronavirus outbreak. Hence, the production houses of Bollywood had stopped working temporarily for a certain period. As a result, the TV shows and web series are running out of their bank of episodes. Hence, as you can understand, the days of never-ending boringness will shortly arrive on our lives and devour it completely.

However, if you are a devotional person, have enjoyed the epics Ramayana and Mahabharata in your childhood, then you, probably, will not get bored. Yes, you have heard it right. The stories of conspiracy and brotherhood, which we had loved in our infancy, are coming back again for rescuing us from the grasp of boredom. In a recent interview, Shashi Shekhar, the CEO of Prasar Bharti, has given a prominent indication that the iconic TV shows from the ’90s are coming back on TV. He has further gone into his Twitter account and posted about it in a confirming manner.

Yes we are working on the same with the Rights Holders. Will update shortly. Stay tuned. https://t.co/2Jhjw2qD3s

There, he has said that he and the chief executives of the company are in talks with the right holders of both the TV shows. Furthermore, he has also promised to update us and the other viewers about within a short amount of time.

How Old Both the Shows Actually Are?

Both the shows, as you probably already know, are quite old. Ramayana, the epic written by Maharishi Valmiki, started airing on television on 25th January 1987 and went on to entertain people until 31st July 1988. So, as you can understand, the show is more than 30 years old now. However, the popularity of it remains the same till date. Ramayana was directed by Ramanand Sagar, who was one of the most prominent directors of that time. It also starred famous actors like Arun Govil and Deepika Chikhalia in the lead roles. On the other hand, Arvind Singh performed the role of Raavan, the main antagonist of the epic. The famous side character, Hanuman, was played by Dara Singh, who was also a well-renowned bodybuilder of that period.

Whereas, The Mahabharata was directed by BR Chopra and featured a star-ensemble cast to say the least. The show was first aired on television on 2nd October 1988, which was also the 120th birthday of Mahatma Gandhi, the father of the nation. The show ran for almost two years, till 24th June 1990. However, both the TV shows ran on Doordarshan for a prolonged period and helped the channel to gain a high amount of TRP. If you are an avid lover of the night-comedy show of Kapil Sharma, then you probably have seen the stars of both the shows in it. They were invited to it in the respect of completing a massive 33 years of its production and airing.

So, it is going to be quite interesting to see when these two popular shows make a grand comeback on the television. Hopefully, we will be able to relive our childhood days again.

Grace and Frankie Season 7 Release Date, Cast, Plot And What Can We…