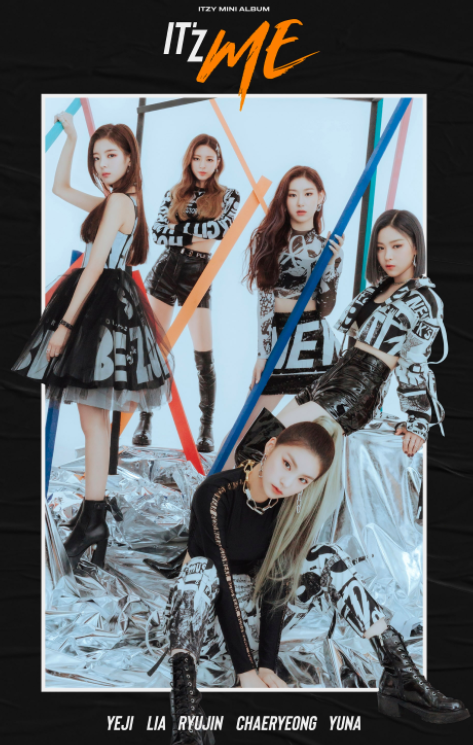 ITZY is a new girl group band from South Korea. This girl band was introduced to the world on 21st January 2019 by JYP Entertainment through a prologue video.

The video revealed the five beautiful and talented girls of the ITZY group. Yuna, Lia, Yeji, Ryujin, and Chaeryeong are the five members of the girl band. The group launched their first music video “Dalla Dalla” on 11th February 2019. They dropped their single album just a day later on 12th February 2019 and thus, marked their debut date.

In a very short time, ITZY members became popular among the crowd. Today, they are also known outside the K-Pop world.

The world has witnessed the rise of many K-pop bands, out of which the ITZY girl band is one of the most popular ones. The five girls in the group are equally talented and beautiful.

ITZY girl band consists of five members including Yuna, Lia, Yeji, Ryujin, and Chaeryeong. If you are a fan and want to know more about them, then you are in the right place. Check out the profiles below to know more about your favourite ITZY member.

Hwang Yeji is the main rapper and dancer of the ITZY group. She is popularly known by her stage name Yeji. Out of all the five members, she is probably the most popular one.

Before making her debut with the rest of the girls in 2019, she performed in the show “Stray Kids” and “The Fan.”

Yeji was born on 26th May 2000 in Jeonju, South Korea. No one knows why but her education and family background are kept hidden.

She is mostly seen wearing black as it is her favourite colour. Also, she is very fond of chocolates. She has a dog called Hongsam.

Coming to her professional career, Yeji joined as a trainee at JYP Entertainment in 2015. She took training for 3 years before making her debut in 2019. Apart from this, she made a cameo at “Twenty Again” and other shows like Stray Kids. She was also a contestant on SBS ‘The Fan.’

She eventually made her debut as the leader of the ITZY group on 12 February 2019. Being the main vocalist, rapper, and dancer, she is more popular among the audience.

Then the girl group launched their first single album “Dalla Dalla” just a day later of their introduction. Their music has been appreciated by the audience, since the very first day.

Yeji along with the other members of the group are loved by their viewers and fans. Soon after making their debut, they were nominated for many awards and they also won most of them. 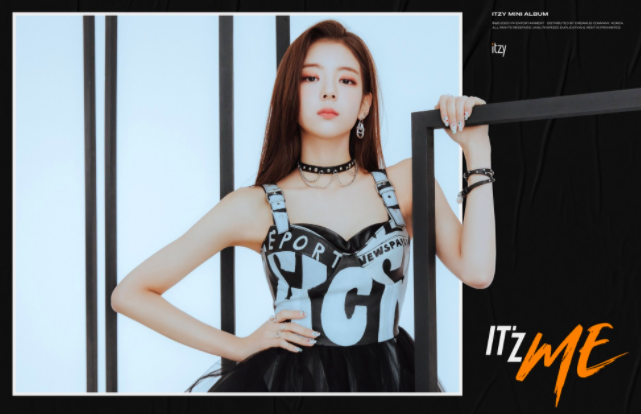 Lia is the fifth member of the popular girl group ITZY. Her birth name is Choi Jisu but she is best known by her stage name Lia.

She was put in the group by the JYP Entertainment and launched on 11 February 2019. She was born on July 21, 2000, in South Korea. She is a talented singer who performs alongside Yeji and other members of the group. It was January of 2019, that JYP Entertainment announced that she is going to be part of their new upcoming girl’s group, ITZY.

She was a trainee at JYP Entertainment for more than 2 years. As far as her education is concerned, she went for schooling to an International School. She also attended Seoul’s School of Performing Arts. She took admission in the department of Practical Music.

Before making her debut, she used to stay in Canada. Well, this is why she is so fluent in speaking English. Lia says that is role model is her mother. She is the sub rapper and dancer in the group. 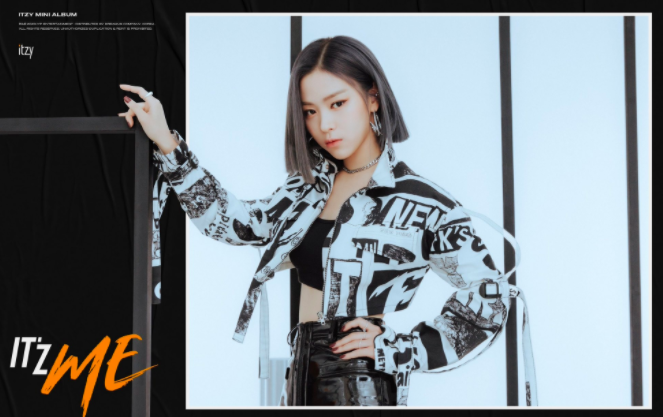 Shin Ryujin was born on 17 April 2000. She is quite popular among the crowd because of her skills and beauty. Before making her debut in February 2019, she appeared in the movie called The King. She also took part in the YG’s Mixnine.

As a person, she is very sweet and adorable. She owns two kitties named Byun and Dall. Her tomboyish style makes her the girl crush of the group. According to other members of the group, she is the smartest of all.

Many of you may not know this but she starred in BTS’ Love Yourself Highlight Reel. This 19-year-old singer loves western food and Korean pasta.

She went to Hanlim Multi Art School where she was in the department of practical dance. As far as her family is concerned, nothing is known. 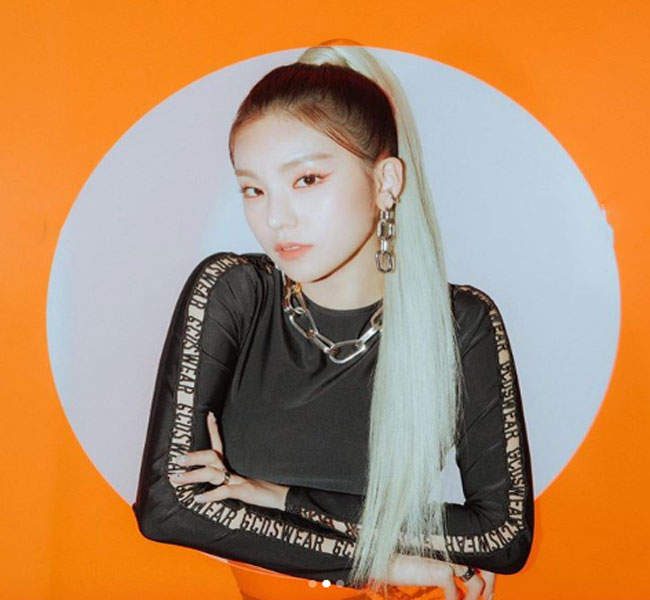 Lee Chaeryeong happens to be the main dancer, sub rapper, and sub vocalist in the group. Just like the other girls in the group, she is also quite famous among her fans.

She started her career after taking part as a contestant in the reality TV competition show called the K-pop Star 3. She took part in the show on November 24, 2013, along with her elder sister, Lee Chae Yeon. But sadly, they couldn’t do much in the show. Both of them were eliminated from the show. After that, they joined JYP Entertainment as trainees.

On May 5, 2015, Lee along with her sister became a part of the girl group reality competition television series, SIXTEEN by JYP Entertainment. This was the show that created the popular girl group, TWICE. But then she was eliminated in the finale episode. As a result, she didn’t get a chance to make her first debut.

Even after facing two eliminations, she didn’t give up and four years later, we all know the outcome. It was on January 20, 2019, that she was selected to be a member of the new upcoming JYP Entertainment’s girl group, ITZY. This five girl group made their debut on February 12, 2019.

Coming to her educational qualification, she attended the Hanlim Multi Arts School along with Ryujin, who is also a member of the ITZY group. They graduated from the same school on February 7, 2020.

Lee, when she is not on the stage entertaining her fans, she likes to watch K-dramas just like any other girl. Her hobbies include watching movies, writing, and senior fancams. She is the kind of person who doesn’t like the cold and that’s why hate winters. She mostly likes to watch romantic comedies as it is her favourite genre.

During training days at JYP Entertainment, she managed to win a trip to Japan. On her trip to Japan, she learned jazz dance which she claims to be one of the best memories of her life. 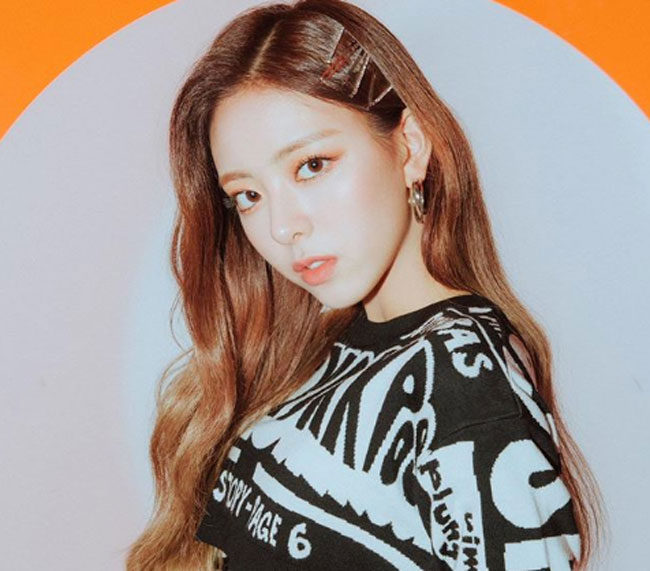 Shin Yuna is popularly known by her stage name Yuna. This 16-year-old Korean girl is one of the important members in the ITZY group under JYP Entertainment. She also the supporting vocalist of the group. She made her official debut on February 12, 2019, alongside other girls in the group. She is also the youngest member of her group.

Yuna was born on December 9th, 2003 in South Korea. During her childhood days, she was a simple girl with braces. In December 2018, she graduated from middle school. Currently, she is going to the Hanlim Multi Art School and is in the department of Practical Dance. For some reason, her family background is kept hidden from the public.

It was on February 12, 2019, that she made her debut as the lead rapper and main dancer of the group. The group launched their debut single album It’s Different with the lead single “Dalla Dalla.”

It was announced by JYP Entertainment on January 20, 2019, that Yuna is going to be a part of their new upcoming group, ITZY. Just a month later, she made her debut with the other four members of the group.

Yuna is a friendly person whose favourite colour is pink. In comparison to the other members of the group, she is more of an extrovert. During her childhood days, when she was just 11, she used to play floorball and continued that for about 4 years. She was even awarded as The Best Player of the Match in Kyeonggido High School Sportsclub Championship.

Other than singing, she loves going out for shopping, exploring different restaurants and walking. For those who do not know, she was ranked 68th in the list of 100 Most Beautiful Faces 2019 by TC Candler.

ITZY girls have won the hearts of millions in a very short time. These young girls have just got started and they are already killing it. It is because of their talents that they have become popular worldwide singers. They were launched just a year back and now they are one of the top K-Pop girl bands in South Korea.