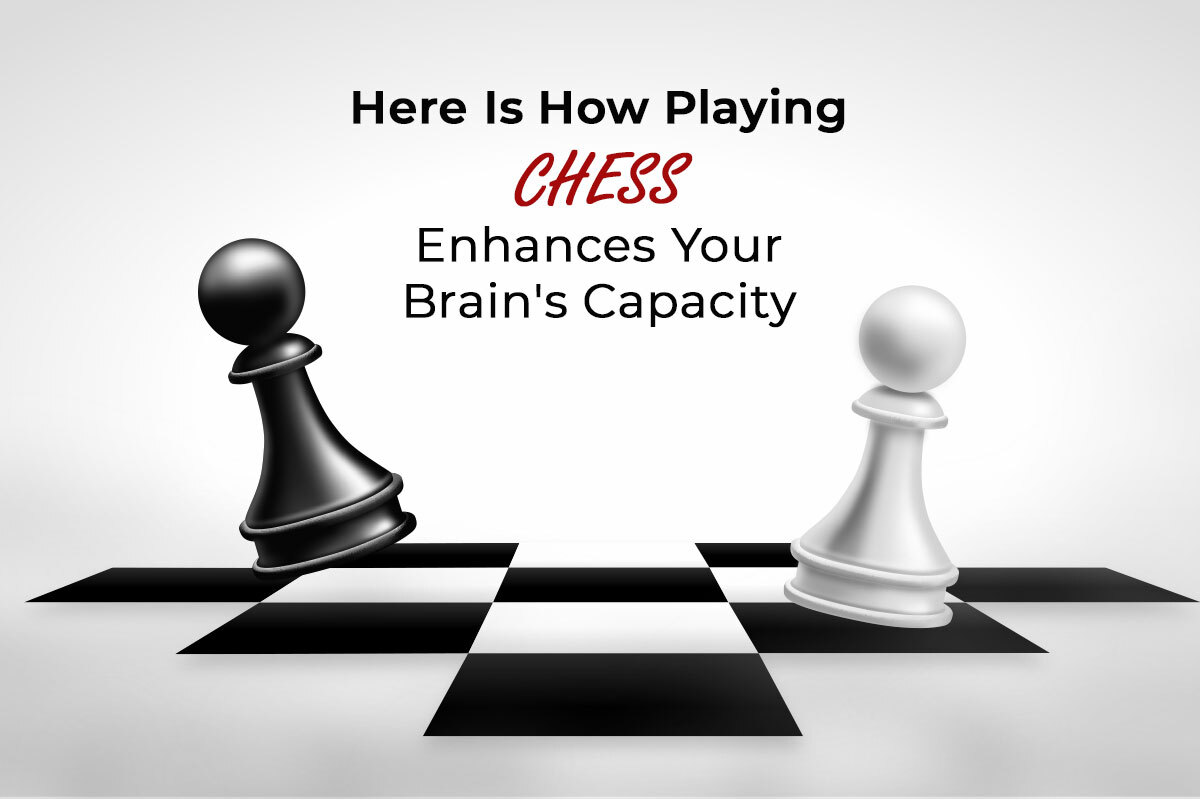 Chess is considered a pure brain game, especially beneficial for augmenting people’s intellectuality. Chess is known to exercise certain brain parts that are otherwise underutilized in most cases.

The game received quite a jolt during the COVID pandemic as online games reached all-time high traffic with players swarming in from various regions. Chess became hugely popular because people were quite aware of the game mechanics, and both the old and the young could play the game with equal prowess. The online format also introduced new formats like Speed Chess and Blitz Chess which offered a brand new avenue to the old game. Therefore, it is readily advisable that you should definitely play chess game, to work your brain and evolve past its limits.

Here is a list of mind-expanding benefits chess offers your brain while you plot to take over your rival’s king. Playing regular chess improves the brain and makes players more permeable to knowledge. As a result, they can retain more and gain enough brain capacity that will help them capture more information in the long run. Chess especially affects brain capacity and widens the player’s cognitive ability. This happens because players have to remember the opponent’s playing style and the tricks they have used in the game so as not to fool them for a second time in the match.

School students who play chess develop abilities that help them analyse real-life problems quickly and develop clever solutions. This happens as playing chess compels you to think fast. Especially in these new online formats, where time is the most crucial element, players have to think on their feet to make quick decisions. This is quite hard in the game as the opponent is also reading you while making your moves. Therefore players have to be extra careful not to make repetitive mistakes and continually ascend on the learning curve. Kids’ reading skills also increase if they are readily involved in playing chess regularly. Kids show greater performance in reading than their non-chess-playing schoolmates.

Playing chess stresses the individual to use both hemispheres of their brain to set a counter to a move that the opponent has played. The right side of your brain is involved in making only logical decisions, while the left side of the brain is wired to produce creative results. The moves depend on the player’s visual aspect and analytical angle, impacting both realms. As a result, the brain’s health as a whole is also impacted by this exercise as it compels its complete utility. The ocular component draws out different patterns on the board, and the analytical side on the left makes the player create a logical move. Combining these two aspects gives chess the nature of a composite puzzle that the brain has to solve.

The 64 squares on the board have innumerable combinations that a player can choose from, and it also has a ton of characters. This multifaceted aspect of chess forces you to think in a hierarchical order of problems that might even have side effects and impact your game. So basically, a player has to think for two to three moves into the game and then backtrack to the first move and try something new. All this the player has to do keeping in mind the final goal of getting to the opponent’s king. This heavy thinking is bound to make the best use of your brain beyond its normal capacity. A Venezuelan study revealed that after a brief run-through of the game for 4.5 months, the players in just their second grade of school showed a statistical increase in their IQ. That itself speaks a lot for the game.

In children, it has been observed that the prefrontal cortex is the final part of the brain that develops during adolescence. It involves all your rational thinking and judgments, planning, and self-control attributes. The pressure on critical thinking forces the players to exercise their thought process, which readily affects this area known as the prefrontal cortex. As a result, adults become more responsible and make choices in life that are more prone to be for the greater good. Chess players are not risk-takers, and they emerge into clever individuals that have their real-life just as balanced as their game pieces. You might find it surprising how organized chess makes you if you frequent your visits to this cerebral gym. Helps in Recovery from Mental Disability

Playing chess also helps the player keep certain portions of the brain activity that might otherwise lose their elasticity over time. Since the brain aids in the retention of muscle memory, therefore, indulging in chess in cases of post-injury treatment could help the individual remember some of their lost abilities. The game helps you to concentrate extremely well and attain a state of calm where anxiety can be channeled to work the brain better and redevelop fine motor skills that could reactivate any impairment in the patient.

Over the years, chess has had wonderful effects on the brain no matter the player’s age. As a result, now players from 5 to 50 have a chance online to challenge each other in this magnificent game and knock out their rivals with new skills developed through hours of gameplay. As the reigning king of mind games, chess rewires the dull brain and expands its primal capacities by multitudes, especially in its creatively revamped online formats.

The Best Slots for Mobile Gaming: Titles to Look for

Quadric.io received a total of $15 million so that they can build a…