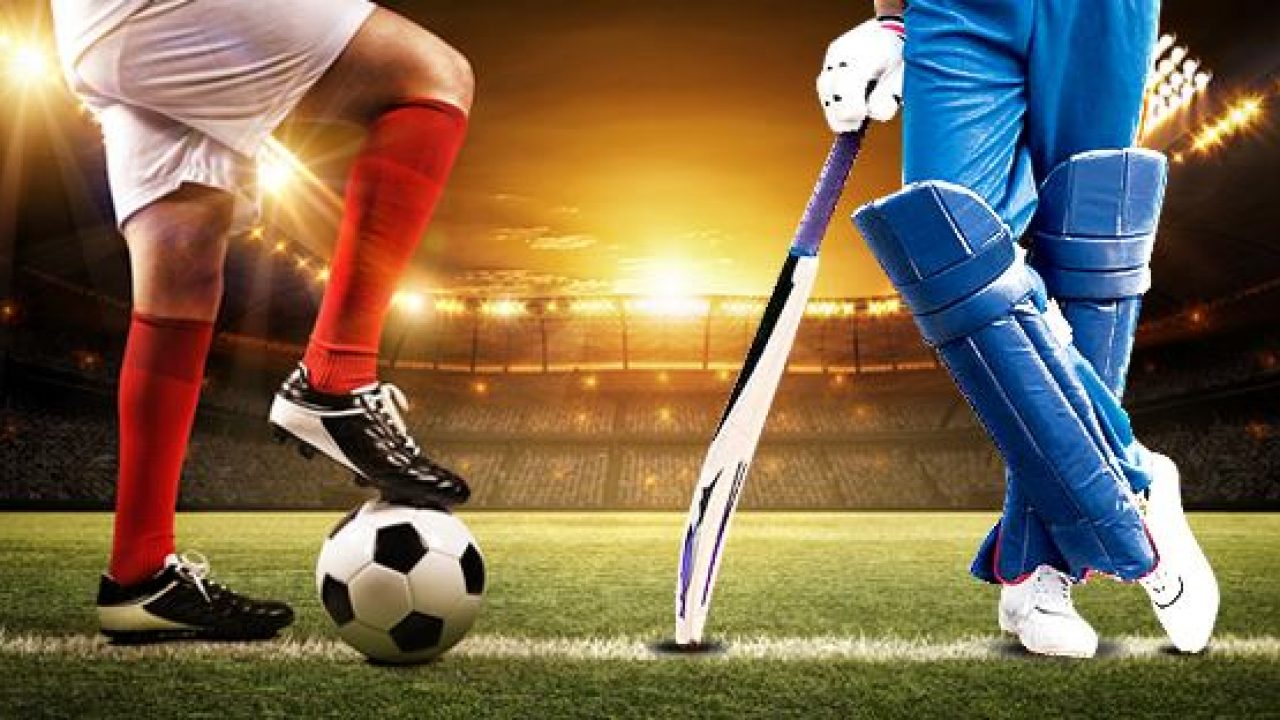 Cricket versus football: which would be more intriguing?

It is a famous debate among all sports lovers in India and all across the world. The predominance of cricket, as well as Football, is another widely disputed issue. Cricket and Football are popular and highly watched sports from across the world. They consist of multiple teams and enormous fan bases.

It’s a country of 1.3 billion people in India and we have a tendency to love a specific sport. In this situation, cricket has undoubtedly supplied us with numerous times of satisfaction. It has inhibited the proliferation of many other games.

Football and cricket’s popularity in India

In India, cricket has a massive advantage in terms of support from the fans and fan following as compared to Football. The fans are devoted to cricket religiously. Their devotion to their respective teams could be seen through face painting and cheering in the stadium.

Football has gained its own fan following in recent years, thanks to the advent of the Indian Super League. Until the Super League, Indian Football was not as prominent as it is now. The formation of the ISL has highlighted the country’s exceptionally talented players. 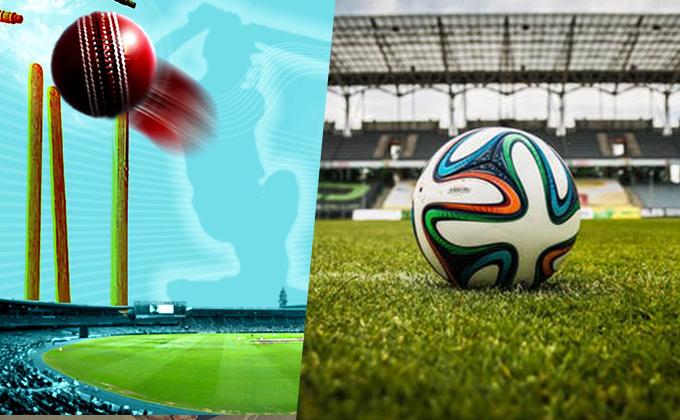 Moreover, cricket and football jersey patterns in India are significantly distinct. Whenever it comes to its uniform and equipment, Football boasts among the most elaborate and well-thought-out designs. The shirts are visually appealing as well as incredibly stylish.

In Cricket, the shirts are diametrically opposed. Either it’s overly plain, as in test match clothing when the complete outfit is white and dull. Or it’s preposterously brightly colored, as with IPL teams.

The text colors on the shirts are also a touch too strong to stare at. So, when it comes to the attractiveness of Football vs. Cricket shirts, Football has the dominant position. We doubt that would be very enticing, but everyone has the right to wear anything they choose.

In the discussion between Football & cricket in India, it is worth noting that, both the games require the players to be physically and mentally fit. The reason is that the game requires the players to be sharp in order to compete.

Footballers and cricketers must exercise and stay in excellent form. They are incredibly fit and have an incredible amount of energy.

So, Indian Football is in its infancy, but it has yet to grow and succeed. Cricket has become a comprehensive and readily accessible sport. In terms of fan enthusiasm and acceptance in Asia, cricket takes the lead. But Football isn’t further behind. On the other hand, football unquestionably has a more significant global fan base.

Cricket and the Indians

Cricket is deeply ingrained in Indian culture. Even though hockey is India’s main pastime, cricket has a considerable fanbase. Cricket is one of India’s most popular sports, having many enthusiastic fans. The phrase ‘Men in Blue’ is well known among the country’s passionate cricket lovers. Thus giving rise to passion in their cricket squad.

Cricket has captured practically every Indian. Whether it’s a child in school or an elderly citizen, everyone is a fan. People organize all of their events, travel plans, vacations, and so forth around the schedule of some great matches. Cricket is also the most straightforward technique to make friends with Indians. No matter where one goes in India, young people play cricket with vim and excitement.

India has generated a few tremendous international cricket legends who have significantly contributed to cricket culture by establishing individual records.

Legends like Kapil Dev and Sunil Gavaskar, and many others have made significant contributions to the game’s rich history. Some great talents, including Mahendra Singh Dhoni, Virat Kohli, and others, have demonstrated excellent cricket skills to the public.

Thus signaling that cricket has a great future in India. It would be immoral to ignore the greatest legend of all time. It’s Sachin Tendulkar, as you guessed. According to popular belief, Sachin is the Holy Man if cricket is a theology.

Football and the Indians

The Indian Super League (ISL) is actively establishing a reputation within India. Although the sport has always been prominent in some places, the championship has pushed it to the broader public’s notice.

Indian football heroes have touched the hearts of billions of people worldwide. Former Indian captain, Bhaichung Bhutia, has impacted his fans both on and off the field. Sunil Chhetri, the team coach, has also achieved football marvels. And has become the second-highest foreign goal scorer after global superstar Cristiano Ronaldo. 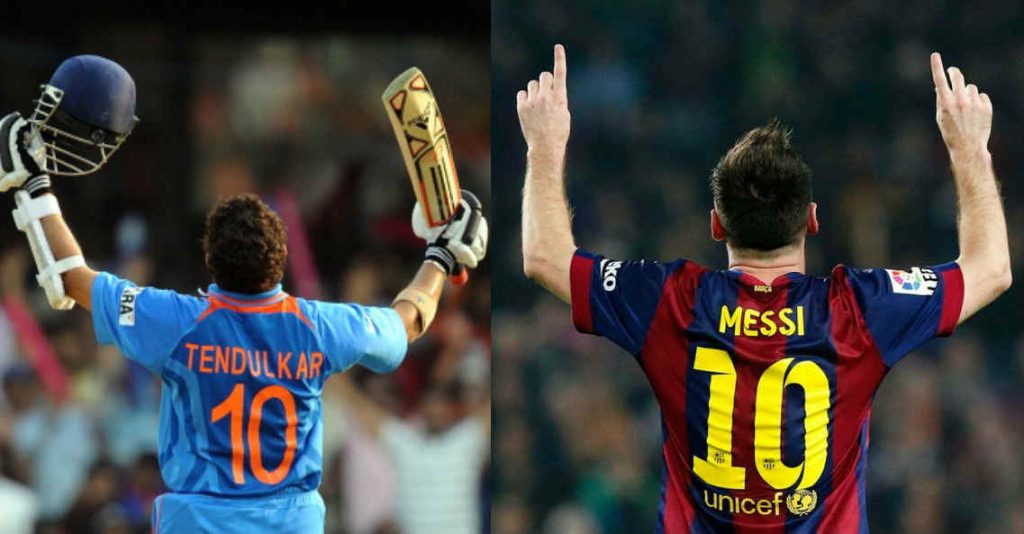 If Indian cricketers like playing a sport besides cricket, football is the country’s most loved sport. You’ve undoubtedly seen cricketers playing Football during warm-ups. The fast-paced activity is not only beneficial as a pre-match toasty, but it is also a fantastic approach to developing a player’s extensibility.

When all members participate simultaneously, practicing Football well before the game improves team cohesion. Football, the world’s most popular sport, earns a lot of money for the wagering sector. While many experiments with different betting strategies, the best revenue source from sports betting are to remain aware.

Well, is it cricket or football?

In our perspective, both. Humans may draw as many parallels as we want about attractiveness. Still, we can’t deny that both games are fiercely competitive and exciting to watch.

The debate about which is preferable to another will never cease. It’s a given that if you’re looking for some high-octane, nail-biting combat, you won’t be disappointed by either.

We will undoubtedly witness an excellent future for our nation in sports if we, as fans, show our undying loyalty to the performers in both sports. Furthermore, in-play bets are growing increasingly famous in India. You may put bets on live matches on Parimatch before or during the game.

How Students Can Find A Job In Web-Development Or Programming

The Best Slots for Mobile Gaming: Titles to Look for

College Life: a Guide to Success