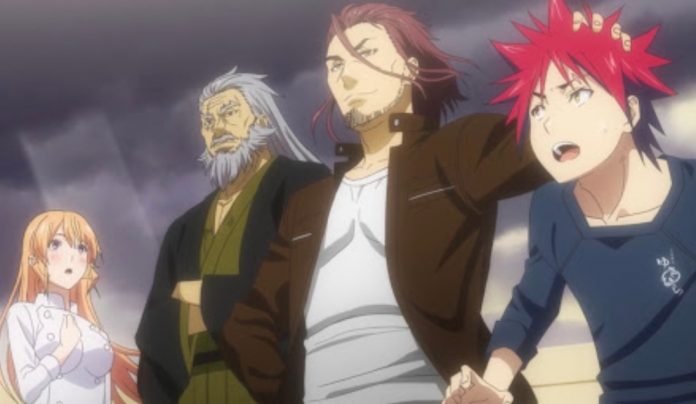 Food Wars is different from other anime in the sense that it concentrates on food recipes and hilarious occurrences. Each episode features innovative recipes never seen before, and the bizarre yet entertaining reaction of the characters to the food. The final season of the anime is now going on and you must be wondering what’s going to happen in the third episode.

This article might contain spoilers for the third episode, so reader discretion is advised. Here we will discuss the information we have regarding the third episode of the fifth season. We will be discussing the schedule and episode preview. Check here: A Discovery Of Witches Season 2 Release Date, Cast, Plot, Trailer And How Is The Production Going On?.

What is the release date for Food WarsShokugeki no Souma Season 5 Episode 3?

Shokugeki no Souma Season 5 Episode 3 is scheduled to be released on 25th April 2020, at 12:30 AM, Japanese Standard Time. Ardent fans of the anime might want to covert this to their local time to catch the episode right after its release.

What has happened in Season 5 so far?

Food Wars Season 5 began with Megumi and Soma going on a trip to investigate the disturbances caused in the local restaurants, at the order of Erina. There they find out that Midnight Chefs have arrived in Japan. Instead of restaurants, these chefs work for criminal organizations. Hence, they present a different kind of challenge in the Shokugeki for Soma, Erin, and the others.

What to expect for Season 5 Episode 3?

The third episode of the fifth season of Shokugeki no Souma will see the Elite seat holders pitted against one another for the BLUE competition. Soma barely manages to get through the preliminary round. Megumi comes first in the prelims, while Aldini comes second. Suzuki reveals his plans about marrying Nakiri and challenges Soma to a Shokugeki. Soma accepts the challenge, even as Nakiri overhears the conversation and assumes that Soma likes her.

Episode 3 will see an intense battle between Soma and Suzuki and it will be interesting to see who comes out on top. The victor will get to be with Nakiri, so the viewers must be excited about the outcome. Megumi will act as the judge for the Shokugeki, and she is expected to be an unbiased judge.

This episode is going to be extremely exciting since the strife between Soma and Suzuki will finally reach a conclusion. An intense food battle with hilarious reactions awaits and you must not miss this exciting episode at any cost.