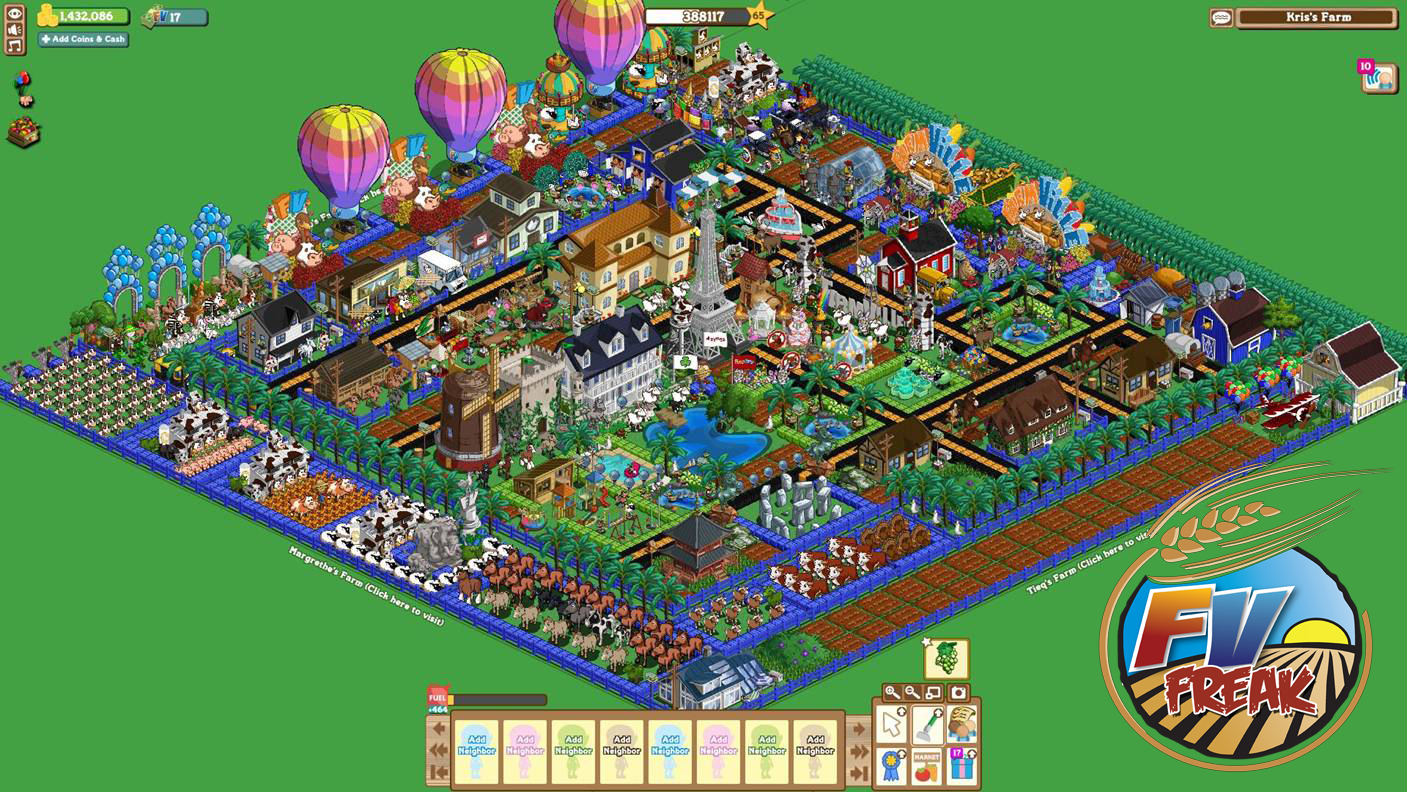 In the world of the online game FarmVille, the player is the farmer and his little piece of the world centers around his ability to plow, plant and harvest a crop. Being one of the most popular free games on Facebook it can be played well enough with no real thinking or reasoning, but to really thrive and flourish in the online farm world, the farmer needs to consider how to make the most money in the shortest amount of time.

With FarmVille game coins, a player can purchase the luxuries of life like a house, tool shed, treehouse or more things to plant. Animals and trees are purchased or given as gifts and each produces its own harvest as well. 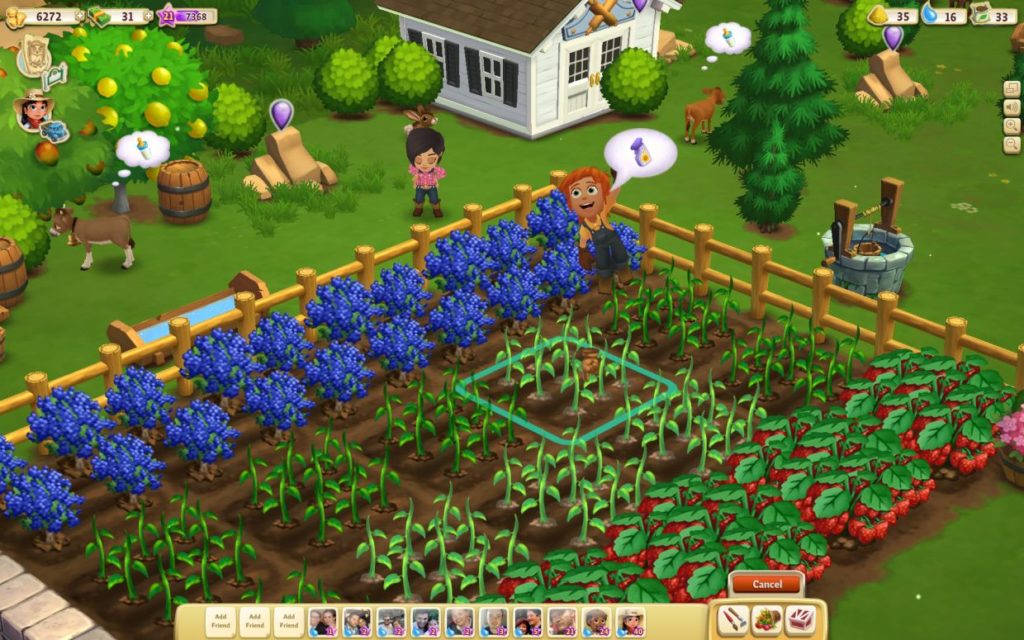 When the game begins, each farmer is issued a plot of land that is 12 by 12 squares large. Within this plot are six squares of plowed and seeded land, at varying stages of readiness–some ready to harvest, some still growing and some ready to plant.

The best strategy that a profit-minded game farmer can have is to grow, harvest, plow and expand, grow, harvest, plow and expand. This strategy will produce the most profit and faster level-ups in the early stages of the game. The number of game coins that each farmer is given is not enough to plow the entire field and plant it with seeds, but it will get him started.

If the player harvests what is ready, plows the land and then plants new seeds, he will be ready to expand a few squares at a time until every square on his land is occupied. A fully plowed field will still yield enough space around the edges to plant any trees that are received as gifts from friends in the game and to put animals on.

In this game, it is easy for the new farmer to get carried away with purchasing objects for decorative purposes, but the savvy player farmer will wait to buy these things until she has acquired enough fame coins to plow and seed an entire field.

Once the all of the game fields have been planted, any game money left over can be used for a few decorative items, keeping in mind that as the player’s level increases, new seed varieties are opened up for use and become more expensive, so it is wise to leave the majority of the farm’s profits in the bank for a while.

When the player begins the adventure, her choices in seeds are limited, but as her level of experience grows she will be awarded coins, gifts and the ability to purchase new varieties of seeds. With each new variety comes more and more challenging to decide which ones to use.

Some seem to make more profit but take longer to grow. Some give little or no experience but seem to be the quickest to grow. When determining what seeds to purchase the player should remember that experience points are also obtained by plowing and planting so seeds that award fewer experience points, but harvest more quickly are not necessarily bad.

Farmers in this game also need to check the growth time of their crops. Each crop will take a certain amount of time to grow and will wither if not harvested. This is real-time, not game-play time. If a crop is a two-hour crop, it will take two hours to grow and it will wither within two hours of blooming, so crops should be planted according to the real-life schedule of the player, making sure that he is able to get back to the game before a crop dies. 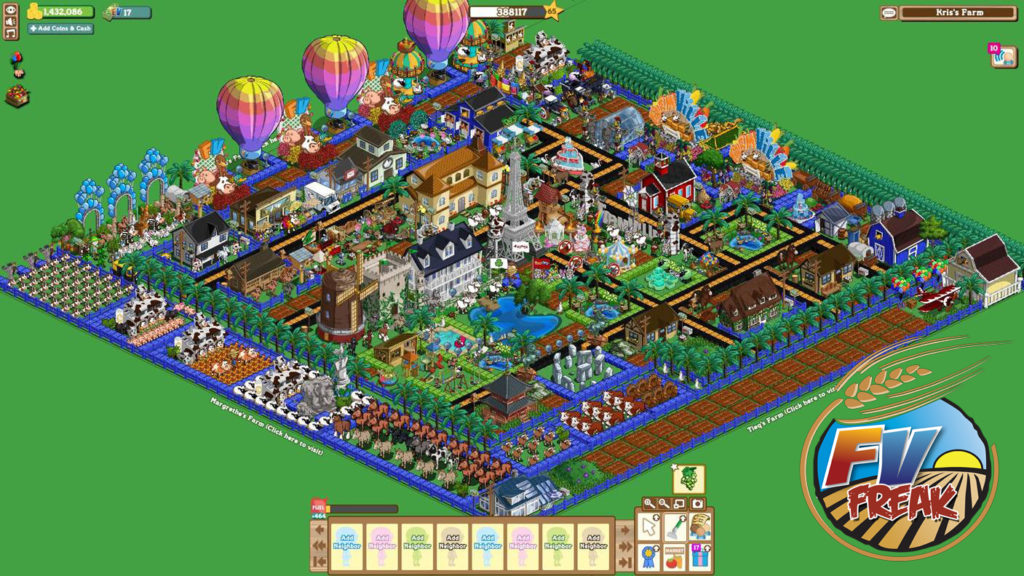 FarmVillians who want to get every coin possible out of their online game crops might choose to calculate their earnings to determine the FarmVille crop with the best net profit or experience. As they level-up further in the game, the player may also want to expand the size of his FarmVille farm to increase profits. This kind of farming will surely yield the best results for a selective online FarmVille farmer. For decorative purposes and something a little different, it is possible to make hills and retaining walls in a Farmville game farm using fencing and optical illusion.

For this game, when determining the amount of profit for each crop and which plants make the most money, the calculations should be based on a 24 hour day to help keep all things equal. As an example, if the calculation is being done on pumpkins, which are an eight-hour plant, figure on three crops of pumpkins per 24 hours (this is literal time, not game-playing time.) Three crops of pumpkins will cost 45 coins to plow (15 coins each time), seeds will cost 90 coins (three times 30 each) so the total cost of pumpkins per 24 hour period is 135 game coins. Gross income from three harvests equals 204 coins (three times 68 each).

The final figure to be calculated, which the player should base his planting decisions on is the net profit. The net profit from pumpkins in a 24 hour period equals 69 coins per square (204 gross profit minus the total cost of 135.)

The experience points (which help players attain new levels in the game) for these three pumpkin harvests is six points (multiply three harvests times two points – one point for plowing and one for planting.) This can be done with all of the plants to determine which ones will show the most profit or experience points during the 24 hour period.

To get started, the net profit calculations (including the cost and XP of plowing) for FarmVille’s online game through level 20 are as follows:

What Are Roulette Games in Gambling and How Did They Come About?