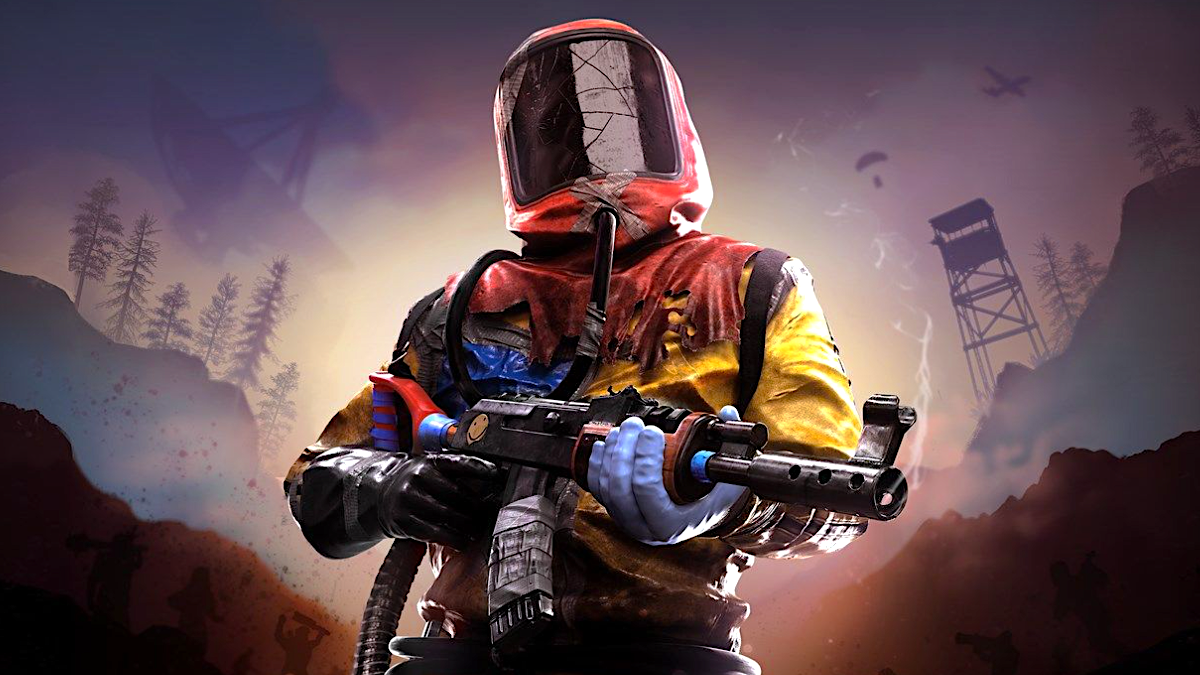 Rust is a popular game with many exciting features. It’s a unique online PvP survival experience that instantly makes players fall in love with the game. The game offers many cosmetics called “skins” players can use to customize their characters.

It’s all about being unique and even a bit of role-playing. You can passively earn Rust skins while playing the game with random drops. However, players can also trade Rust skins to expand their collections and profit from their favorite game.

If you’re new to Rust skins, you need to know about the items you can acquire. Read this post to get the essential information you need.

Weapon skins are probably the most popular category in the game. After all, everyone wants to have a badass gun, rifle, or a blunt weapon they can use to defeat their opponents. Rust has thousands of weapon skins with different themes, colors, values, and other features.

Some of the weapons you can find, steal, or craft in the game are handguns, shotguns, machine guns, rifles, submachine guns, and melee weapons. Each of these weapons has subcategories that have multiple skins.

For example, the assault rifle is a part of the rifle category, and it has many different skins. The most popular are the Tempered AK47, the Crimson King, the Night Howler, and the Blackout AR. There are so many weapon skins in Rust that people often think the game has a wider variety of items in this category. For more of the best Assault Rifle skins in Rust click here.

Compared to weapons skins, miscellaneous items don’t have a lot to offer. There are not many skins for these items, and in most cases, each item has a single skin. When this post was published, there were 14 misc skins in Rust.

Misc skins give an added “flavor” to the game even though they aren’t that popular. After all, these items aren’t used that often in the game, and they are purely about fun.

What makes them great is the fact that you can get them cheaply. Since there’s no massive demand on the market for these skins, and they are widespread, anyone can buy them at a meager price.

Resources don’t have skins, but we had to mention them. As the name implies, players gather these items individually by playing the game. You can use resources to craft various items, cook food, create ammunition, and perform all kinds of actions in the game.

We just wanted to help you understand the fine line between the items in-game and their cosmetics (skins). Another reason why we’re talking about resources in Rust is that they’ve recently been introduced at skin markets.

You can buy resources that will allow you to craft items in the game and progress faster. Some popular resources players use are coal, cloth, animal fat, leather, scrap, and stones. Resources are very cheap, and you can find them on some of the best trading sites.

Custom skins are a separate category because players themselves make these skins. They can be in any skin category as the game allows players to customize their skins and create new ones.

Every player can do that by going to their workshop and clicking on the “New” button. First, you will have to choose a skin that you want to customize and start working. There are some helpful tools that you can use to change color textures, add new materials, and so much more.

However, if you want to try and create something exceptional, you can export a 3D mesh file and import it into some other program for further customization.

Players can wear all of their customized skins in the game to showcase their personality, or they can try and get their skins approved for everyone to use.

It’s important to mention that some of the armor items in Rust can go over clothing items. That means you can wear plate armor over a shirt. That is why we’ve separated them into two categories.

Armor skins include various chest plates, helmets, and masks. Their appealing rugged look screams Rust, which is why they are trendy on the market. Helmets are pretty unique and look like nothing else you’ve ever seen in some other games.

The most popular skins in this category are the Dragon Mask, the Raptor Facemask, the Bombing Facemask, and the black Plate Carrier.

Clothing skins are also body items, but they come in more variety. Armor skins are only for items equipped onto the body and the head, while clothing skins also include hand items, kilts, shoes, bandanas, pants, and much more.

That is where players can get creative and truly make something unique. The most popular clothing skins are the Fire Jacket, the Blackout Pants, the Blackout Kilt, the Surgeon Scrubs, and the Cow Moo Flage Hoodie.

One of the reasons why so many people love the Rust skin market is its variety. Thousands of clothing skins make it easy for everyone to stand out and create a unique look without spending a lot of money on trade markets.

We hope this post has helped you understand different types of Rust skins. The market can be overwhelming at first glance, and that’s completely normal, so take the time to play the game and learn more about the skins and available options.

Start with free skins you get by playing to build your collection before heading to a reliable third-party marketplace to get your hands on new and exciting skins and make some money. You can buy, sell, and trade Rust skins to refresh your collection, showcase your unique personality, and instill fear in your enemies.