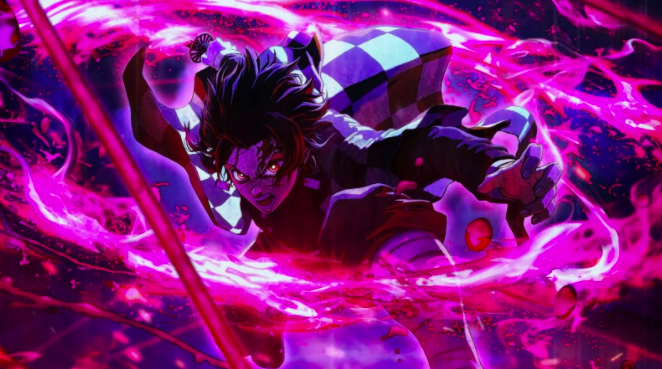 The 203rd chapter of Kimetsu no Yaiba or, Demon Slayer in English, is going to come out really soon. According to the rumors, this chapter is going to be the one that will change everything and begin a brand new story arc. A few speculations about the series have also revealed that Muzan, a demon, will die in this chapter. However, besides that, a few things are going to change, which, in turn, is expected to change the plot completely. Most possibly, Tanjiro is going to be transforming due to the insertion of demon cells in his bloodstream.

However, in the previous chapter, we had seen that Kanao has injected a specific medication, which can help him to live as a human. But, reportedly, it is not going to work out and Tanjiro will be turning into a demon and emerge as a demon king. Hence, from a hero, Tanjiro is going to turn completely to the main antagonist of the manga series.

However, as mentioned before, all these are rumors, which were made by the fans. We cannot say that these things are going to happen for sure. Nevertheless, there are actually a few things that we can say about the manga series and its new chapter. We have provided them down below.

The new edition of Demon Slayer or the chapter 203 will release on 26th April (Sunday). However, the manga was supposed to come out a lot sooner than that. It got delayed because one of the members of Shonen Jump magazine got affected by the Coronavirus.

The raw version of the series will come out three to four days before the official release. However, if you want to read the authentic translation of the manga, then it would be better for you to wait for this Sunday.

Will It Be Available Online?

Previously, to read the manga, the fans would have to buy the weekly edition of Shonen Jump magazine. However, those days are long gone now. Currently, you can read the chapters of the manga in the Manga Plus official application and VIZ media. You may also find it in a few of the third-party apps. However, we would recommend you to opt for the official app as it is both authentic and would inspire the authors to do a better job on their mangas.

The spoilers of chapter 203 of the manga have already been released and it indicates that a new version of evil has been unleashed. Hence, this makes it almost clear that the Tanjiro is definitely going to change and turn into a demon.

In the previous chapter, we had already seen him getting overwhelmed by the indomitable demonic urges. Thus, in this edition, we might see the failure of Kanao’s medicine and Tanjiro becoming one of those things that he hated the most.

However, it leaves us to predict two different things. Either Tanjiro is going to turn into a complete demon and forget about everyone or he would become a half-demon and will be able to remember those who he loved.

The stage is set. All we have to do now is to wait for the things to get unfold.

How to Become a Digital Marketer in 2022?