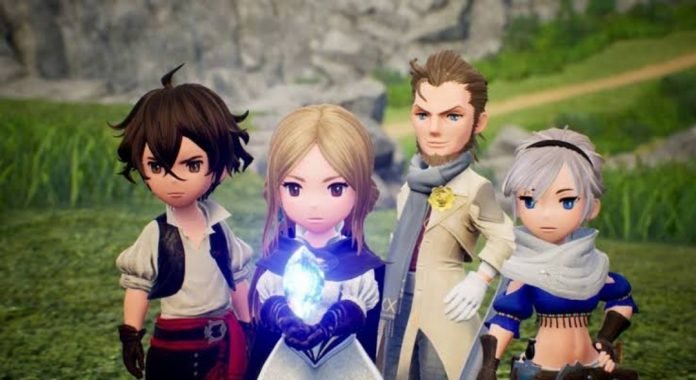 Due to its uniqueness, the Final Fantasy series has become quite popular among the role-playing game lovers. As a result, many other gaming companies took inspiration from it and tried to create something legendary, just like them.

Among them, Bravely Default is one of those, which has been extremely famous among the role-playing aficionados. Made on Nintendo 3DS exclusive platform, the game offers a unique gameplay and has an original storyline of its own.

Two different games have been released under the same name and both of them have been highly popular among the users. However, like always, the fans do want more. So, Square Enix, the developers of the game, has decided to release its next installment.

Here is what you need to know about it.

As mentioned before, Square Enix has already told the world that they are going to launch the 3rd installment of the game. Furthermore, luckily, they have also given us the date that we all have been waiting for.

In a recent interview, they had said that the game would be launched around March or April of 2020. However, it still has not got released yet. But, we can hopefully expect that the date is quite near indeed.

However, there is one catch to it. Unlike the previous version of the series, this one would only be available on Nintendo Switch. So, we hope that you can really smell feel the premium aura around it. However, we have told that the exclusivity of the game would be worth it. So, let’s hope for the best, shall we?

Background of the Game

The game has always been extremely popular because of its loner theme. Since its first installment, it has preached about following your own heart, not the words of the others. You can also understand it from the title of the game.

The game comes with the name of Bravely Default, where Bravely suggests courage and Default means denial. The title does not only tell us about the theme of it but also narrates its storyline in an indirect manner.

When it comes to the reception, the story of the game has always been critically acclaimed by everyone. However, a few people have strongly criticized the graphics of the game, which looks somewhat cartoonish.

Nevertheless, Square Enix said that this version of the series will have a better graphics quality and optimization. So, let’s wait and watch what the developers are going to offer us this time.

The game follows the rules of any other role-playing game, with a unique graphics and storyline. The game talks about an imaginative world of Luxendarc where four different elemental crystals help in maintaining a proper balance.

However, soon, darkness consumes all of them. So, now, Agnes, one of the main characters of the game, has to find them out and place them in their position before the whole world is taken over by darkness.

Nevertheless, this was the storyline of the previous installments of the series. We are still yet to know about this one. So, stay tuned with us as if we get our hands on anything, then we will be sure to let you know about it.