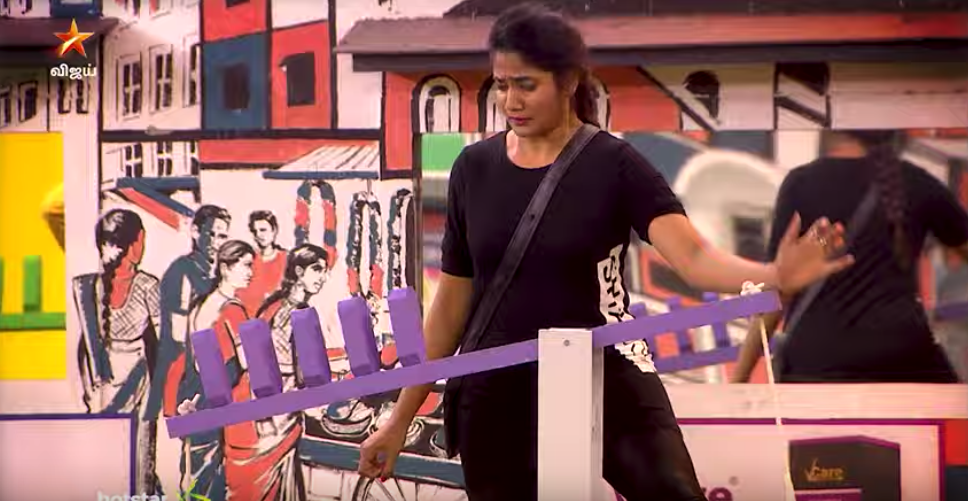 We have already witnessed 86 days of Bigg Boss Tamil season 3. The show is now all set up for some sensational twists as the Ticket to Finale tasks will start. Vanitha’s eviction is expected to reduce some amount of controversies in the house. Last week we saw an emotional episode as the loved ones of the contestants came to visit them in the Bigg Boss house.

So far we have seen Vanitha, Fathima Babu, Mohan Vaidya, Madhumita, Kasthuri, Sakshi and Reshma getting eliminated. Out of the entire eliminated lot, Vanitha was the last one to get eliminated from the house of Bigg Boss. Cheran was the lucky one who got the secret room opportunity which gave him the chance to come back to the house. Check here, Bigg Boss 3 Tamil September 17: Cheran says he deserves to be no.1, Kavin laughs.

This week the nomination list for elimination consists of Kavin, Cheran, Losliya, and Sherin.

Based on the voting results on Day 1, Sherin is trailing. However, this is soon going to change. Fans of Losliya needs to step up in order to save her from getting eliminated.

This week it seems that Sherin is in great danger as Losliya has a huge fan following to back her up. However, the voting counts of the contestants will be based on their performance in the ticket to the finale task as well.

See more: Bigg Boss Vote: Cheran says he deserve to be no.1, Do you agree? Vote below

Will “DanMachi Season 3” Run As Per Schedule?? Find Out All About…

Everything We Know About Jurassic World 3 Release Date, Cast And Why…