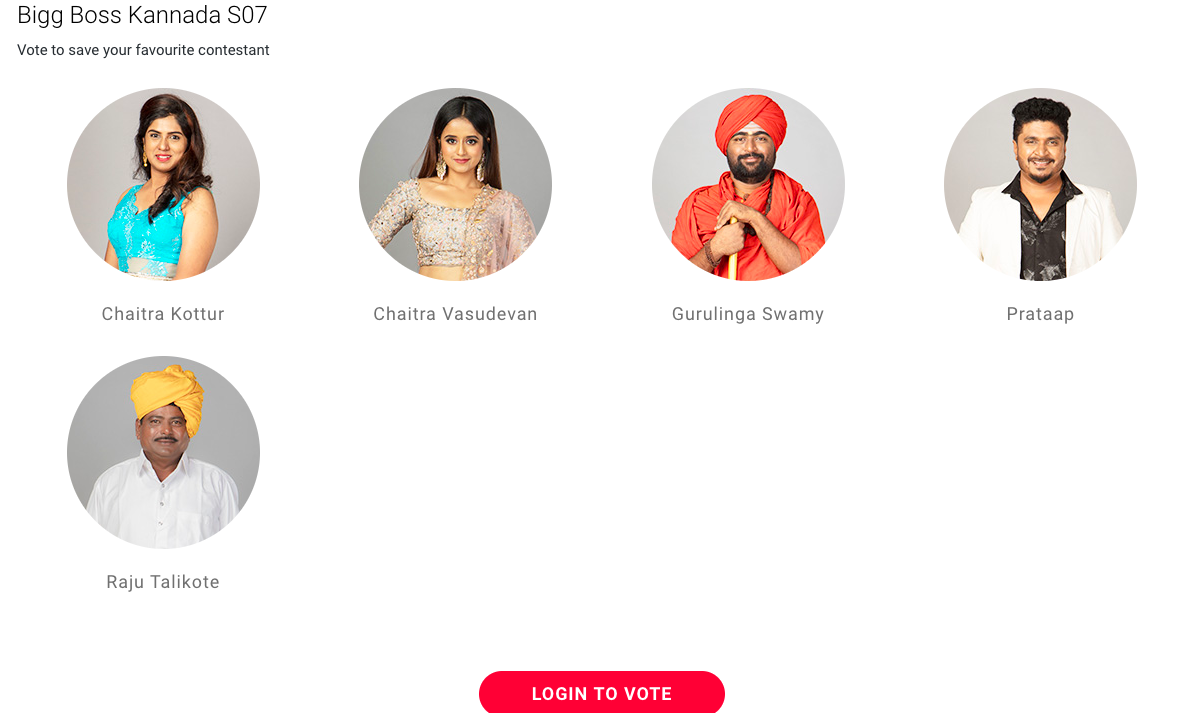 Bigg Boss Kannada 7 is filled with drama and fun right from day 1. It was first premiered on 13th October 2019 at 6 PM. There is a total of 18 contestants in this season but the nomination for week 1 has already taken place. The contestants were selected in a game that was completely luck-based. In the game, they were asked to open one box out of three and show the board inside it. If the board says ‘nominated’ then the contestants become nominated for this week.

Out of 18 contestants, 6 of them were not lucky enough as they hot nominated for eviction. The list includes:

Other contestants got immunity cards because of which they got saved from eviction nomination.

Bhumi Shetty was lucky enough to have picked the captain card which made her the captain of the BB house for the first week. She also happens to be the youngest contestant in the house this season.

How to vote Big Boss Kannada 7?

There are two different ways through which you can vote for your favourite contestants to save them from getting eliminated.

You can vote using the Voot app. You need to first download the app from the app store of your phone. The app is compatible with both ios and android users. Once you have it installed in your device, search Bigg Boss Kannada 7 and you will find the vote banner. You need to log in to save your favourite contestants.

Alternatively, you can also vote from the unofficial voting poll. You can also get important updates and results about your favourite contestant’s voting percentage. So what are you waiting for? Vote and save the contestant you like.