Deprecated: uksort(): Returning bool from comparison function is deprecated, return an integer less than, equal to, or greater than zero in /home/445085.cloudwaysapps.com/vkbcffjdpx/public_html/wp-content/themes/publisher/includes/libs/better-framework/compatibility/class-bf-version-compatibility.php on line 139
 Back To Life: Release Date, Plot, Cast, Trailer, and Everything You Need to Know about Showtime’s Comedy-Drama Starring Daisy Haggard 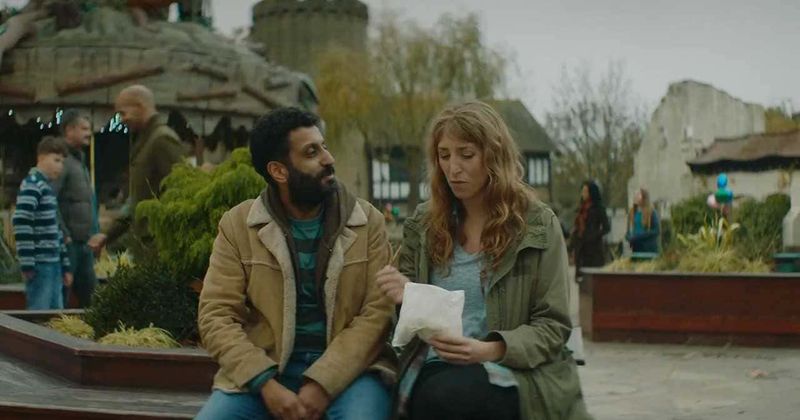 Produced by BBC, Back to Life are a new comedy and slice-of-life drama. This is the story of a woman who is getting used to her life outside the prison bar. After serving a longs sentence in prison for committing a wicked crime she is trying to adjust with her life in the outside world. The series is set to premiere in the US on Showtime. If you wish to know more about this interesting new series then we have all the details in store for you. Check here, Rick and Morty Season 4: Release Date, Cast, Trailer, Episode Count, and Everything Else You Need to Know.

Release Date Of Back To Life

Back to Life is going to be aired on Showtime in the United States on 6th October 2019.

The plot of Back To Life

Back to Life is dubbed as a dark comedy-drama. The show is staring Miri as Daisy Haggard who is the main character in the series. The story revolves around her time spent in prison for 18 years and then coping with the outside world after she is released. She was sent to prison for committing a terrible crime which we can’t talk about right now.

In the show, we can see Miri struggling hard to cope with her life after prison. She often fails in her attempts to lead a normal life. After a gap of 18 long years, she is trying hard to rekindle old relationships and make new friends. She tries very hard to overcome the crime she committed in her mind.

From the synopsis of the story, we can say that it is an interesting piece. Most importantly, the story is completely fresh.

The cast of Back to Life

As you already know the main character of the show is Daisy Haggard who is playing the lead role, Miri. Other than her, we have the award-winning actress Geraldine James who is playing the role of Miri’s sexually frustrated mother Caroline. We will also see Richard Durden who has taken the role of her recycling-obsessed father Oscar. Adeel Akhtar stars as Billy, the next-door-neighbor.

The cast of the series is a strong one. With all these talented actors running the show, we can expect the series to be a great one. Check here, ‘Midnight Diner: Tokyo Stories’ Season 2 Coming to Netflix in October 2019: Release Date, Plot & Cast.

Back to Life is produced by Harry and Jack Williams along with Sarah Hammond. Previously, the trio also produced the BBC show Fleabag.

The trailer of Back to Life is already released and you can watch it on YouTube.

The trailer opens with Miri being released from prison after 18 long years. The rest of the trailer follows her as she tries to adjust with her life outside the prison walls. We can see her catching up with old friends and making new ones. The trailer mainly focuses on the fact of how Miri has to struggle to gain the right to be treated as a normal person.

What time is Back To Life on TV?

Back to Life has six episodes which were all made available as a box set on BBC3 on 15th April which is a Monday. The episodes are supposed to air every week. It will occupy the slot of Fleabags on BBC1 from Monday 15th April at 10:35 pm.
If you guys are interested to watch this amazing story of Miri then make sure you note the time and date. The show is just six episodes long which means it will be over in just two months.

Where is Back to Life filmed?

Right now we do not have any information on the location of the shoot. Hopefully, it will be soon disclosed by the cast members or the makers of the show.

About the producers Harry and Jack Williams

Harry and Jack had previously produced a show together called Fleabag. This is their second project together where they are joined by Sarah Hammond. Sarah accompanied them even in the production of Fleabag.

The William brothers are mainly known for their writing ITV’s Liar and The Window. They are also famous for BBC1’s Rellik.

The duo is known to run a company together called the Two Brothers Pictures. Till date, the company has produced quite a few popular shows including Fleabag, Cheat, and Strangers. The latest of all being the Back to Life.

Haggard has said that the two brothers were interested to work with me. They were sweet in their approach and working them feels good. She also said that she had pitched a lot of ideas to them in the past to which they said no. But one day Harry was drunk when I pitched him this idea and he liked it. That’s how it all started. Check here, Charmed Season 2: Release Date, Plot, Cast, And Everything You Need to Know about the CW’s Reboot of the Supernatural Drama.

Charmed Season 2: Release Date, Plot, Cast, And Everything You Need to Know about the CW’s Reboot of the Supernatural Drama