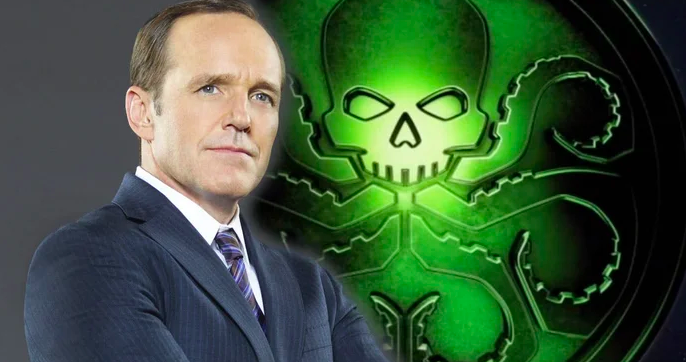 Agents of S.H.I.E.L.D. is one of the most fantastic creations of Joss Whedon and is a part of marvel. It is a show about an organization that has several agents and a team of superheroes who are working under them and they are together called as S.H.I.E.L.D.  it is said that the season 7 of Agents of S.H.I.E.L.D. is the final season. So this television show won’t make any further season. In the final season, one can see that they have built an impressive storyline that is completely detached from the cinematic universe of marvel.

Looking into the huge craze of the fans, the season 7 is going to be released anytime now. It was the storyline of time travel and in season 7 we can see some interesting possibilities and we’ll also know about the origin of the Agents of S.H.I.E.L.D. organization. Check here: Brooklyn Nine-Nine Season 8 Release Date, Renewal & All You Need To Know.

Release Date of Agents of S.H.I.E.L.D.

Agents of S.H.I.E.L.D. is going to get aired during the summer. Season 6 was aired during August 9 so we can expect this 7th season to get aired by the spring of 2020. So it is definitely the mid-season period show. The premiere will be at 10pm on Wednesday, May 27, 2020.

From an interview with the showrunner, it has been confirmed that Coy Stewart will be playing the part of Flint and will be returning this season. By looking into the social media updates of Ming-Na Wen we can expect to see Agent Piper played by Briana Venskus this season. Agent Carter will also be there and will be played by Enver Gjokaj. Agent Piper would definitely have some essential role in the final season as well.

Agents of S.H.I.E.L.D.Season 7 is said to have an interesting plot. After the off-screen death of Agent Coulson during the season 5, all the successive season have dealt with some invasion of Earth. It was said that Shrikes is responsible for the attack and they are the parasitic race. Izel is the leader of these creatures and their sole motive was to create a portal that would open an opportunity for her to get home. It will also allow her to conquer the entire galaxy. Another mysterious alien Sarge collaborates with S.H.I.E.L.D.

We will also encounter that Daisy Johnson is taking the position of the leader and the director and she has been grooming herself from the very first season. Season 7 is going to come up with the entire story of the beginning and the root of the organization. Chronicoms are trying to conquer the Earth in order to re-establish their entire race and stay in this new home planet.

After watching all the six seasons one can understand their significant history and how it is an integral part of S.H.I.E.L.D. Here in season 7, we can see how the race of AI is trying to eradicate any type of threat that can come in their way. It is going to be a treat for the fans as they are going to encounter how the superheroes will fight together in order to defeat all the invaders. In the seventh season, we can see the appearance of mysterious monoliths and it will be unmasked in this season. In season 7, we would also see the return of the unkillable like Phil Coulson.

The trailer of Agents of S.H.I.E.L.D.

Filming has already begun of the season 7 and it started in the February month of 2019. Seasons 7 is already airing right now. So it is basically very early for uploading of any type of promotional material related to the upcoming season of episodes. New updates have been given on the trailer for the upcoming season 7 Agents of S.H.I.E.L.D.

So this is the final season and after this, the show is going to wrap up. No particular storyline has been discussed by the creators and executive producer of the show but it is said that it is going to end in a very broad sense. You can easily watch the upcoming season on ABC or any other streaming platform. The entire series is filled with a lot of obstacles that have been faced by the heroes of the show be it the aliens or the cyborgs. It is said that all the fans are definitely going to enjoy the show that has an improved crew and cast.

The best part is that most of the cast of the earlier season is still going to be in this one as well. Season 6 is already there and people are waiting for the seventh season as well because it is going to be the final season. The series has already become a favourite of many people as it stars several iconic actors and has an amazing plotline. The best part is just like that the season this season is also going to have 13 episodes in total. You are going to enjoy some improved war and unity and you will also unmask all the secrets that have been kept hidden in all the six seasons. It is going to be very different than the other seasons.