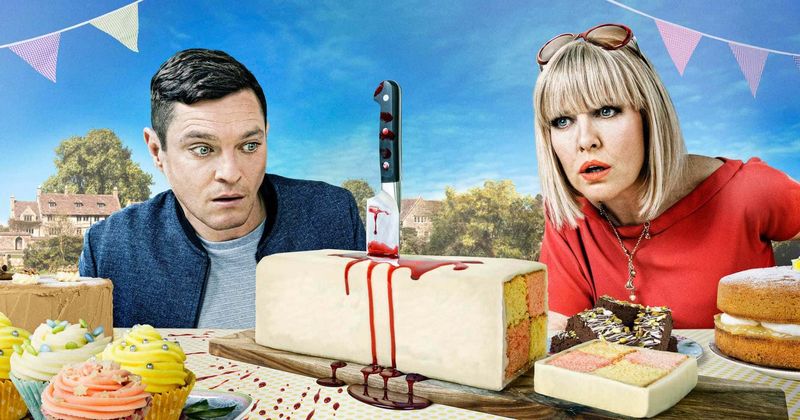 If you are into web series, chances are that the Agatha Raisin is something you would be a fool to miss out on. Apart from the fact that it has one of the best plotlines and a very refreshing narrative, the humor along with it is something very hard to miss out on.

The drama part of this show is going to leave you hooked which is one of the reasons why it is coming back on the television with its third season. The show is based on the books by M.C Beaton and revolves around the life of Agatha Raisin who is a middle-aged woman who returned to her hometown and solves one murder mystery case in every single episode. See more: Castle Rock’ Season 2: Release Date, Plot, Cast, and Everything you need to know about the Stephen King anthology series.

That might seem like a lot of murder cases in one city but trust us; you wouldn’t even feel monotonous thinking it’s going to be the same thing every day. The third season of this show is coming around this fall, which is pretty exciting. Check here, ‘Midnight Diner: Tokyo Stories’ Season 2 Coming to Netflix in October 2019: Release Date, Plot & Cast.

The third season of the Agatha Raisin is going to be aired on October 28, 2019, around the Halloween time. The best part of this new season and the new episode is the fact that the producers are releasing it with the same theme of Halloween titled, “Agatha Raisin and the Haunted House”.

The plot of Agatha Raisin

If you just stumbled across this and have been curious as to what this entire series or show is about, it is mainly around the life of Agatha Raisin.

She is characterized as an eponymous detective and the entire series is based and plotted around the comedy and thriller stories written by the talented author Marian Chesney who writes under the pseudo name of M.C Beaton. Check here, Anne with an E Season 3 Netflix: What We Know So Far.

The story of this show revolves around how Agatha Raisin, a charming and attractive middle-aged woman leave her job in the field of public relations to bring forth changes to her hometown, Carsely, Cotswolds and solve the mysterious murders that have been happening around.

The first season of the show consisted of eight episodes while the second season had only three. This is why the audience and the fans of the show are all excited for the upcoming third season, expecting more episodes in this one.

The main prospect behind the plot is Agatha Raisin solving one mystery in every single episode.

The cast of Agatha Raisin

Moving forth from the plot, the next thing that is important for you to know is the cast who made this show a hit.

Cake & Paper have been on set filming with a new series today! Check out our cakes grabbing the limelight in this scene! We’ll let you know more when we can! #propcakes #cakeandpaperuk #cakes #homebakes #props #agatharaisin #mcbeaton #theresbeenamurder #inthebackground #whodunnit

The protagonist in the show, Agatha Raisin, is being portrayed by Ashley Jensen who is a very popular Emmy nominated Scottish actress. She has been playing the role amazingly, depicting the passion and the desperation that the middle-aged Agatha has within her. Ashley is also bringing in better justice to the inner desires of Agatha to become a detective.

Behind every successful protagonist, there is an amazing sidekick. Jamie is playing the love interest of Agatha in the show, James Lacey who is also the neighbor with whom Agatha has a very unstable “on and off” relationship.

Yet another one of the important characters of Agatha’s housekeeper is played by Katy Wix who is an incredible Welsh actress and comedian. She is the one who helps Agatha in all her cases and unorthodox mysteries that she sets herself on.

Every detective needs someone who would help them with all the intel and the inner news and that is exactly what the character of Roy Silver does in Agatha Raisin. He is the assistant of the protagonist and helps provide Agatha with all the information that she needs to get everything sorted for the case.

Apart from these pivotal characters, some of the others in the cast include Lucy Liemann, Marcia Warren, Jason Merrells, etc.

The third season of the show is being produced by Barry Ryan, Michelle Buck, David Walton, and Kathleen Hutchinson, all of them are the executive producers for the show.

The best part of this is the fact that every single one of them has been part of some of the most popular shows and movies that you love still to this day.

When will the show air?

The show is expected to come back with its third season on October 28, 2018, with the episode of “Agatha Raisin and the Haunted House” on Sky 1.

The third season is believed to consist of 4 episodes, each of them around 90 minutes long. There haven’t been further sneak peeks into the same, which is why everyone is still skeptical about the overall results and what the audience can expect from this season in the end. Check here, Skylines season 1: Release date, plot, cast, trailer and everything you need to know about Netflix’s German crime drama.